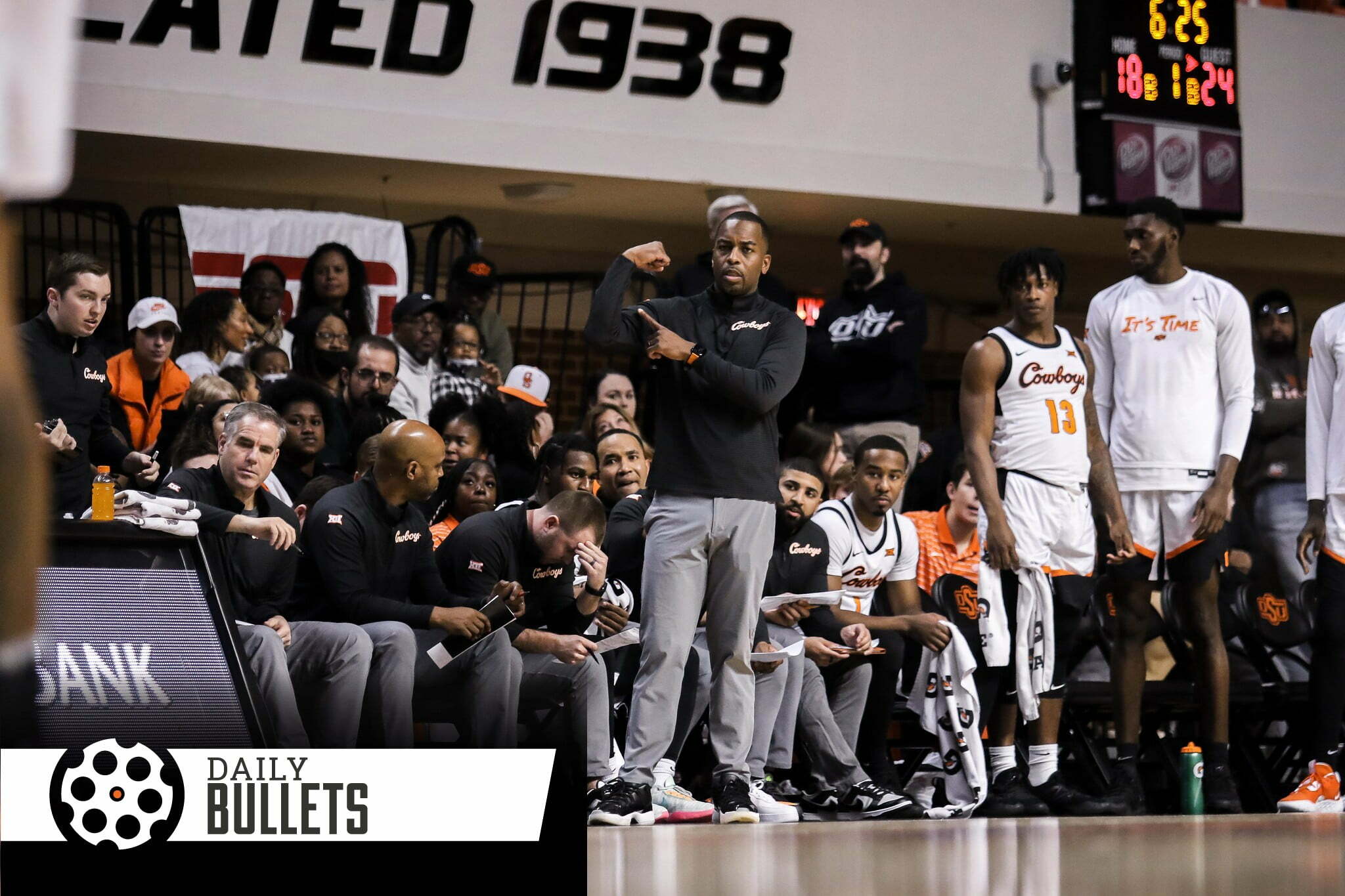 • OSU landed the second-best player available for the 2023 basketball recruiting class yesterday, the third-highest ranked recruit Mike Boynton has landed. Here he talks about why he committed to the Pokes.

• Who is Alan Bowman, OSU’s new quarterback? And what does it mean to OSU?

• Take in some optimism on Cowboy Basketball based on Mike Boynton’s track record, Cowboy fans.

But that OSU team rallied to finish 18-14 overall, won its final four games, averaged 68 points a game after that horrid start and was at least in the NCAA Tournament conversation.

• CBS has the Pokes finishing at No. 49 in their final ranking – probably about right for a team that played like the tenth-best team in the country for half of the season then the 90th best team for the second half

• What a treat it is to get to listen to Dave Hunziker calling games for the Cowboys – congrats to one of the best in the business!

• Ideas for acts of kindness (from a Brit)
• The most important sandwiches this guy has ever eaten, what a way to revisit life

Creativity is a wild mind and a disciplined eye.