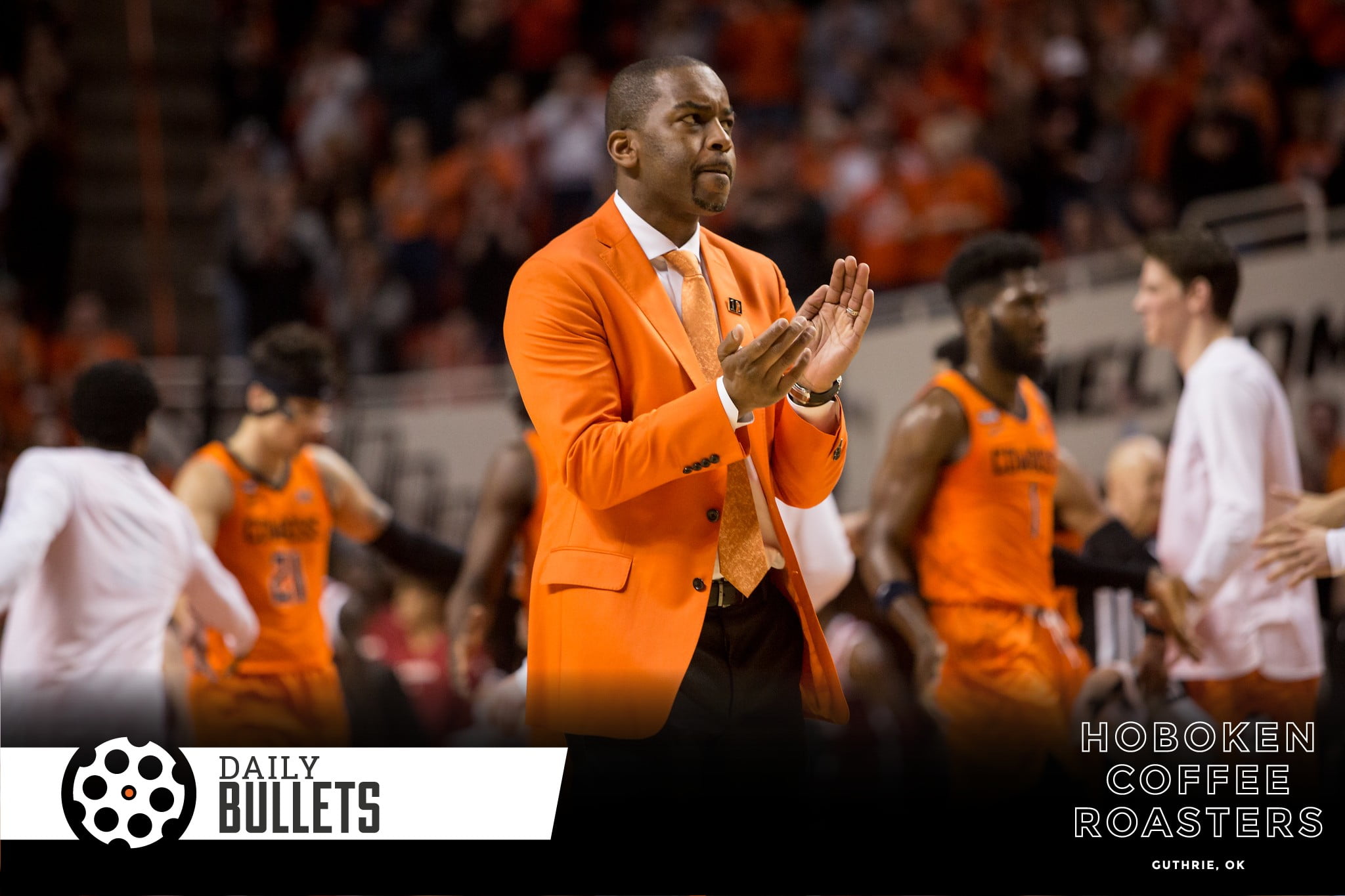 • OSU wasn’t going to let this one slip away, take out the Jayhawks 75-70 in Gallagher-Iba – the 16-point lead would not be erased in the end. Kyle Boone wrote about the game on CBS as well

• Five thoughts from the win over the Jayhawks

• Before last night’s game, Bill Self raved about Cade Cunningham:

“(Cunningham) can play one through four, maybe five. He rebounds his position. He’s got size. He’s got unbelievable vision. He can score at all three levels. He’s got great pace, and the game is in slow motion to him, which is very, very difficult for most young kids to feel like.

• Pokes are +6,000 championship odds for college football champs next season

• Pokes land in the top-25 of the final AP Poll

• Gosh this was such a fun play to watch last night:

It’s just a matter of time until we watch all games on Nickelodeon: