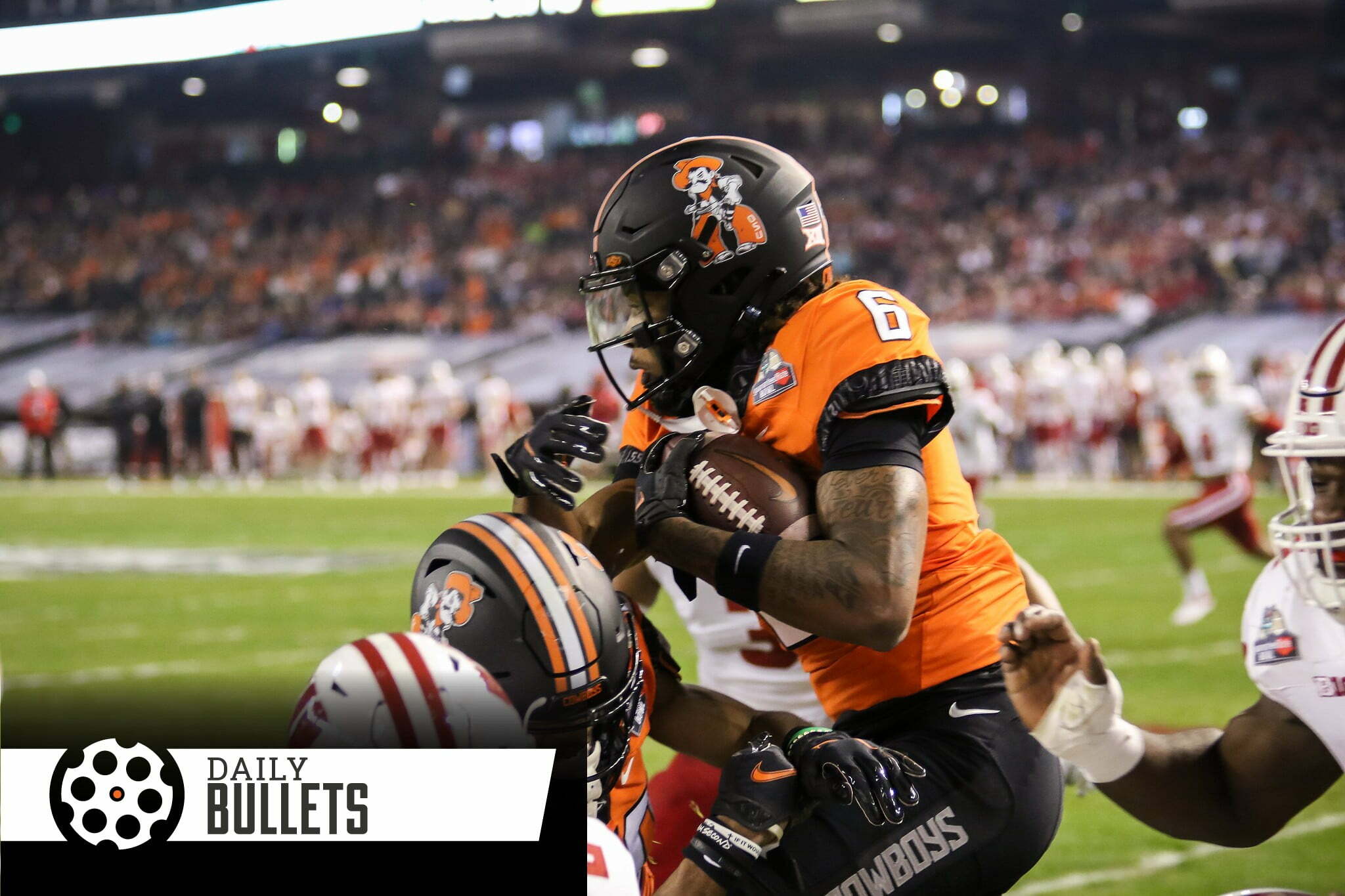 Not much returning production headed back to Stillwater in the fall.

• Losing three starting receivers and the best option at defensive tackle in a couple of days naturally leads to concern. This is quite the take if you’re looking for an unusual lens on the situation.

Natural speculation would be about the state of the program and that is for head coach Mike Gundy to determine.

One thing is certain, the Cowboys, who have brought in good talent from the portal are again back running at a deficit with these (four) most recent losses and must work on compensating and if quarterback is a problem, find a way to get a veteran quarterback on the roster to stall the panic and the departures.

• Carson and Colby weighed in on yesterday’s occurrences: