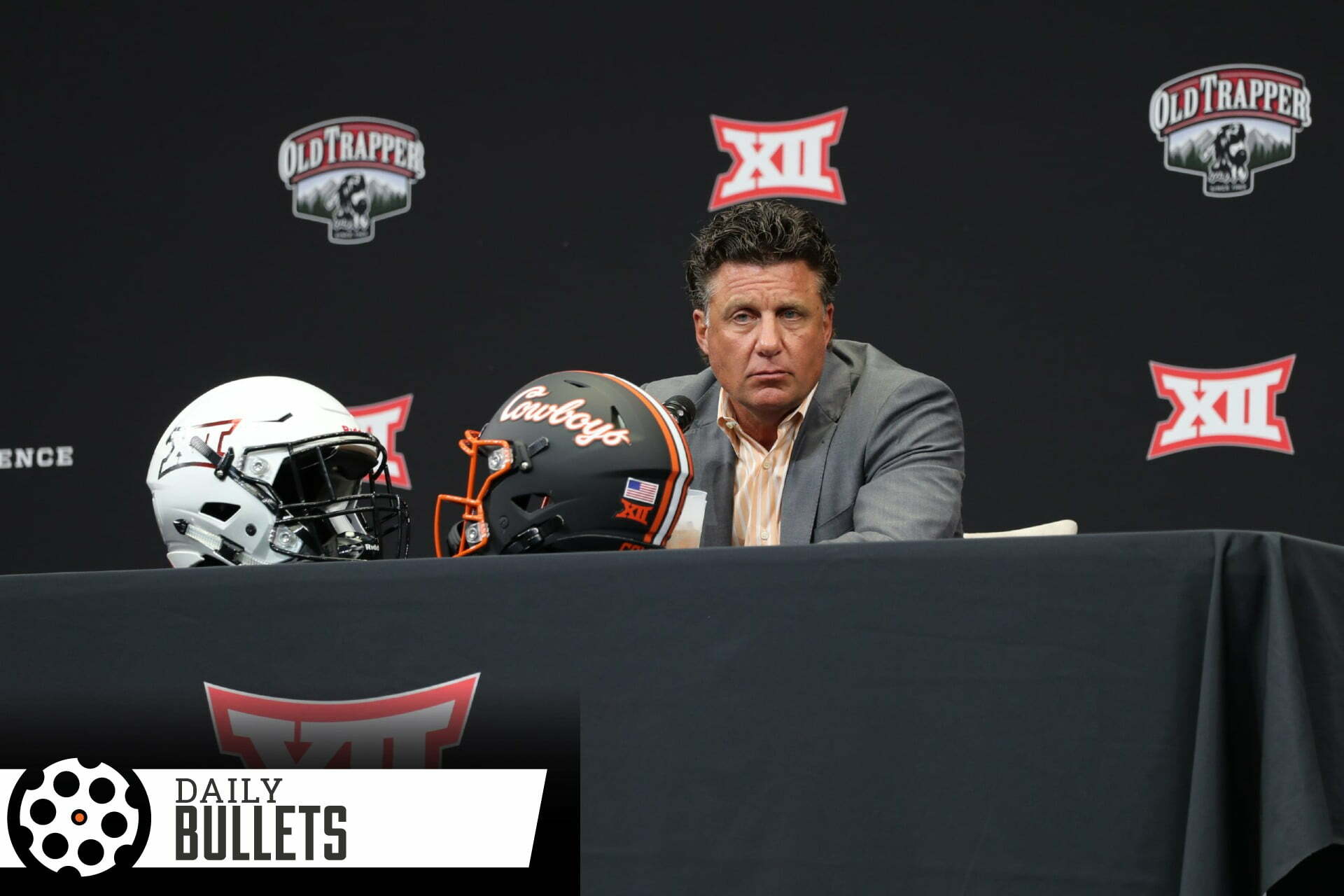 So. Much. Content. The Cowboys appeared at Big 12 Media Days yesterday and a US Champion was kicked off the Cowboy Wrestling team… Let’s do it.

• Big 12 Media Days Updates:
– New commissioner Brett Yormark says the ‘league is open for business‘ plus the rest he had to say
– What Mike Gundy and the Cowboys had to say – here are some excerpts of Gundy answering the biggest questions
– OSU could play faster with Spencer Sanders under center in 2022

I think this thought has us all smiling:

• Ferrari Gate: US Champ AJ Ferrari has been dismissed from the Oklahoma State Men’s Wrestling team

• Perfectly stated thoughts about realignment and college football – go ahead and read the whole thing, it’s July and there’s not much going on.

College football, I believe, is not built on TV markets and cable sub fees. It is built on crisp, perfect fall days, and pure spite. College football is propelled by a type of fury that is completely unintelligible to anyone who does not experience it. Fury at your rival, their coach, your own coach, the people who make recruiting rankings, the people you work with who once taunted you after the wrong loss. It is about the most American force possible: vague, mostly unexplained hostility toward your coworkers and neighbors.

• Something realignment related – Brett Yormark talked about how he wants the brand to “hipper, cooler” – there’s one school in reach of the league that’s in range of the “blue-chip ratio” – go get em’, Brett:

• Update on the new turf at Boone Pickens Stadium:

• This West Virginia fan is a warning for all college football in the future of realignment (more specifically to USC and UCLA fans):

Chet Holmgren will be super interesting for OKC Thunder fans:

Kristaps Porzingis was a popular comparison for Chet prior to the draft, but KP could never handle or pass the ball like him. Every game, Holmgren shows off new dimensions of his game as both a scorer and playmaker, and OKC is giving him a chance to handle the ball from every spot on the floor. There’s no better show in Vegas right now.