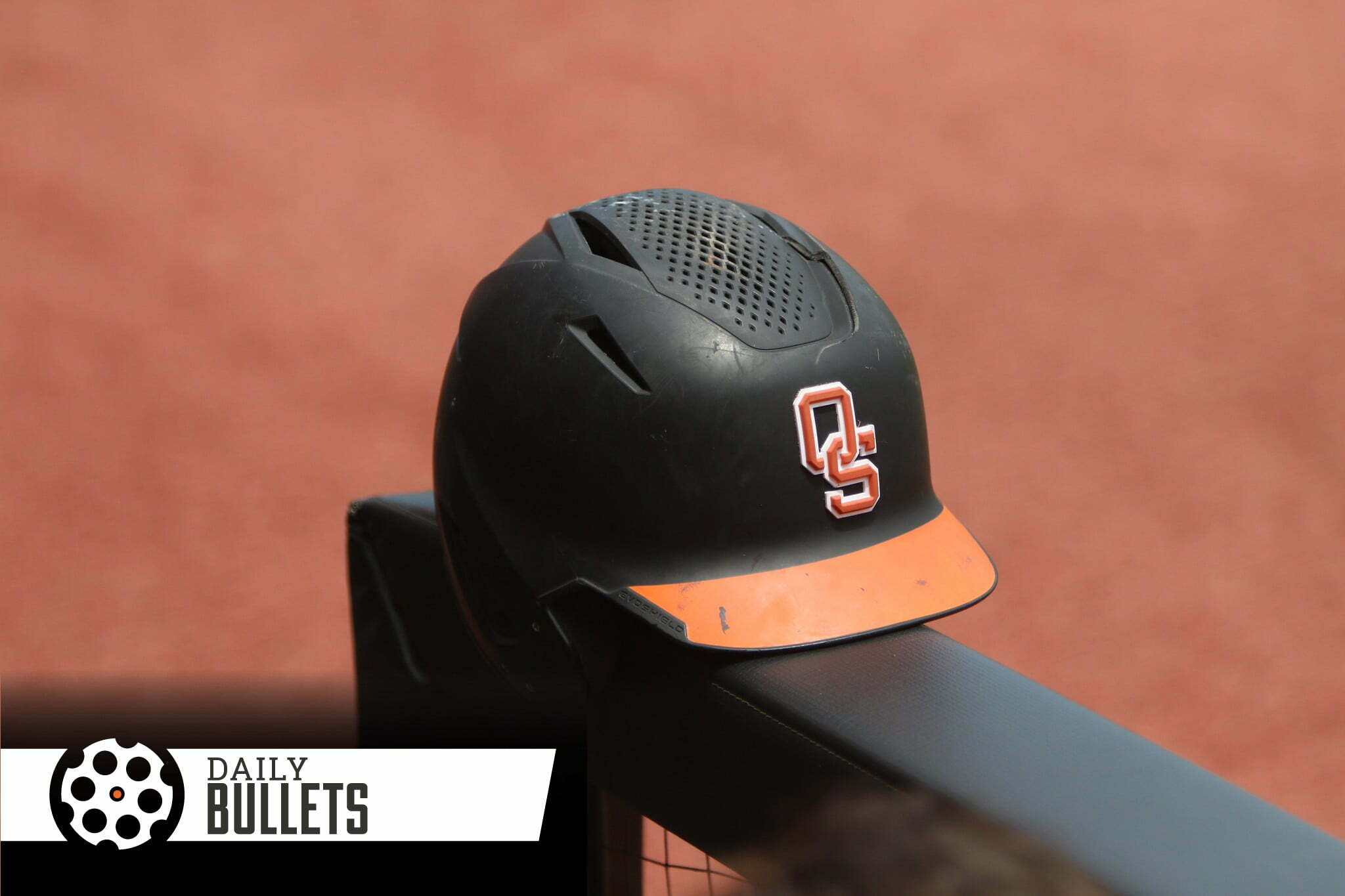 • While this is a terrific argument for a Big 12/Pac-12 merger based on both conferences’ needs, news broke last night that the Big 12 has ended the conversation with the Pac-12 about leagues merging.

The general consensus is that the Big 12 will be poaching Pac-12 teams at this point.

I’ll take a lap and note this was my comment yesterday on the Bullets :): “It seems like the best thing for the Big 12 is to add four to six Pac-12 teams, namely some schools that are the best teams in their states that bring TVs”

Also – the Stillwater Regional games against Arkansas just keep getting more epic. 15 pros through ten rounds in those games!

• Spencer Sanders was named to the Maxwell watchlist

• Center field has been filled in for the new turf at Boone Pickens Stadium: