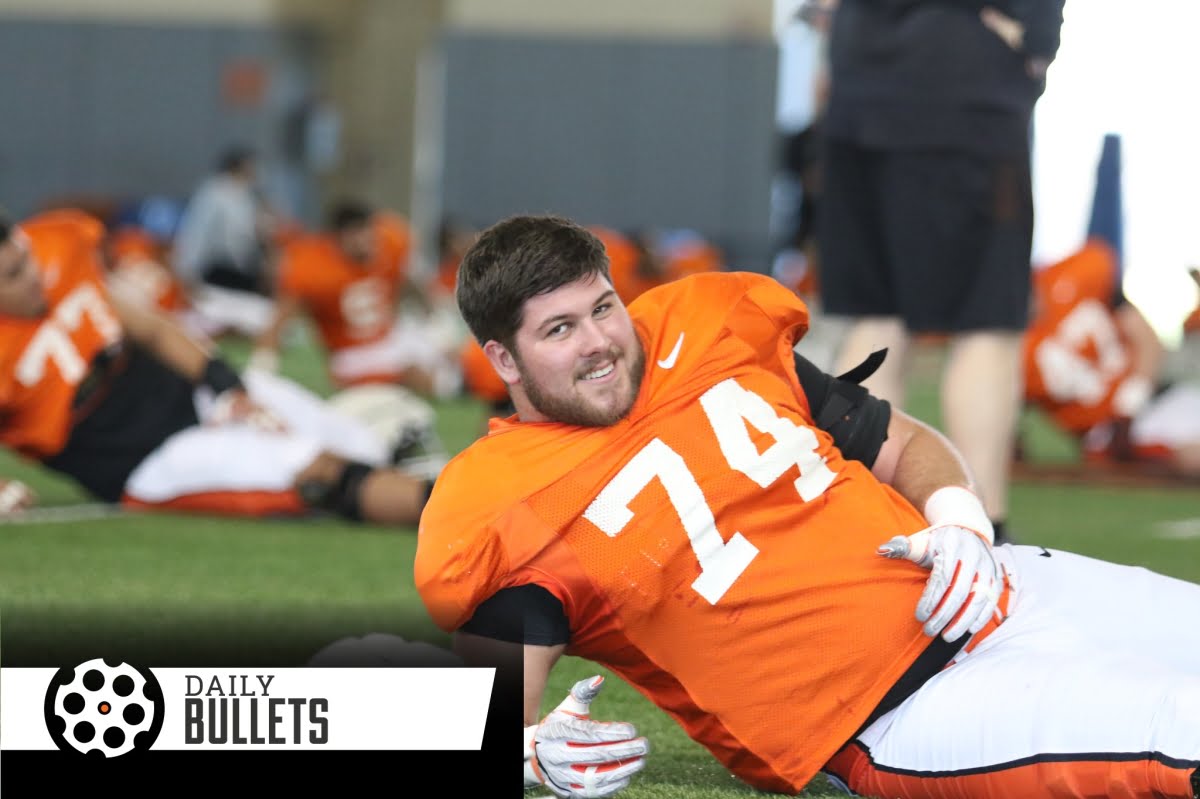 • Chris Carson is retiring from the NFL after a five-year career due to injury – good ride, Cowboy.

• If you’re wondering what’s going on with realignment, this tidbit around Big Ten media day seems to explain it – the Big Ten hasn’t shut the door on expansion yet and that’s surely stalling the conversation about Big 12 expansion and/or Pac-12:

The schools being considered by the Big Ten, sources told Action Network, are Notre Dame, Oregon, Washington, Stanford, Cal, Miami and Florida State. Warren would not comment on specific schools as potential members.

• ESPN evaluated what 20 teams need to do to become legit national title contenders – here’s what they had to say about the Pokes:

• Watch List Season:
– Hunter Woodard was named for the Outland Trophy – to go with Preston
– Collin Oliver and Brock Martin were named for the Bronko Nagurski list

• OSU added a big name in-state to its wrestling squad