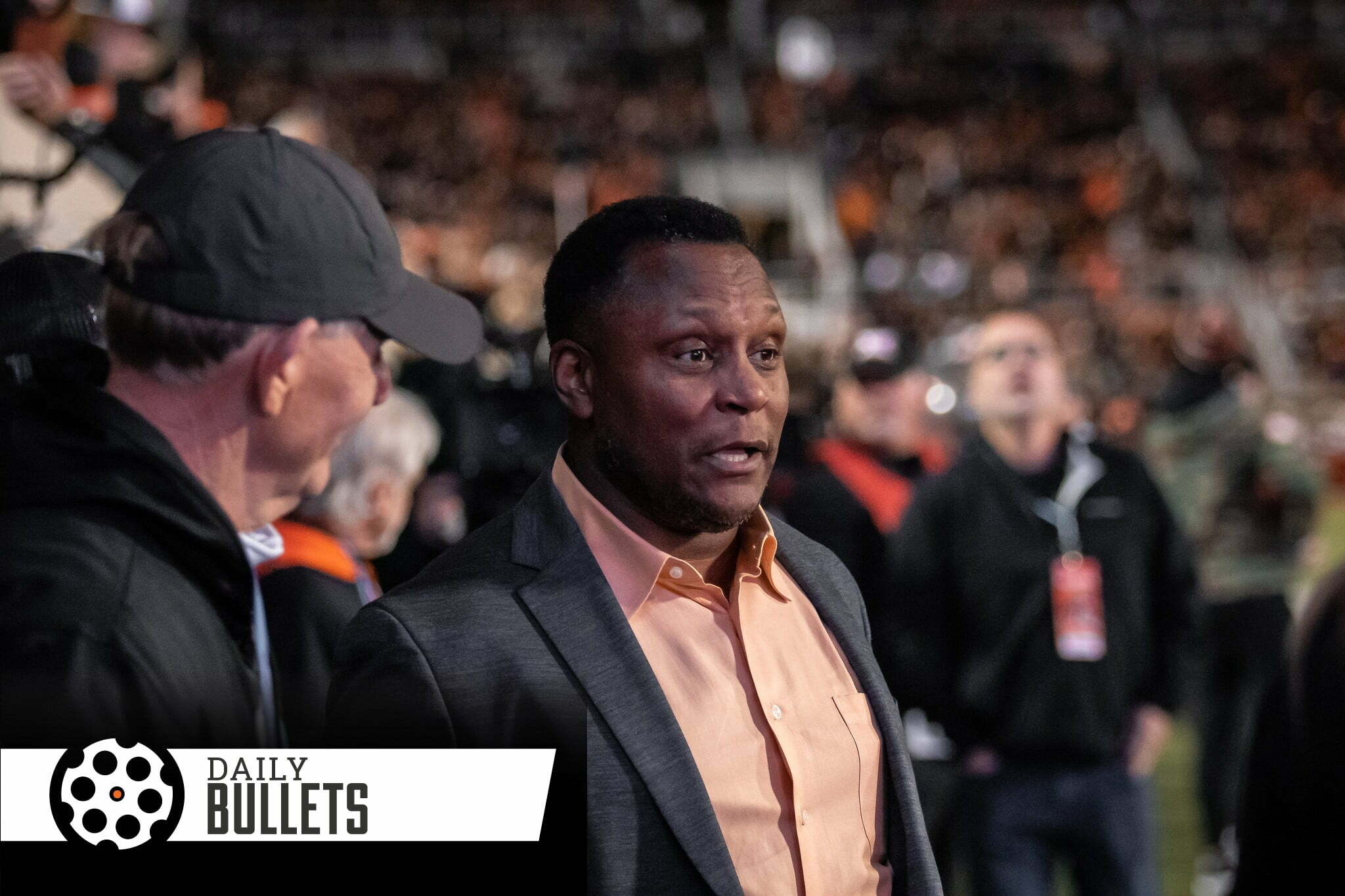 We’re fully in sports purgatory, folks (as a non-MLB fan) – Cowboy Baseball and Golf, Cowgirl Softball and the NBA is done.

• You often see Barry Sanders mentioned as the best college running back of all-time – at minimum he gets the best season of all time. NFL brains would say here that he had the best NFL season ever as well.

• This was fun to chew on – the Pokes will be a part of two revenge games next year: with Baylor (as the avenger) and with the Sooners (as the victor)

• This number isn’t quite as impressive since you consider he’s been the QB since 2019 – he did have a better season than Corndog though!

• Been pulling for the Celtics and Smart to win the title – tough break for the former Poke:

• It’ll be hard to beat Phillip’s question this week:

• No. 3 Daily Bullets from Wednesday – Gundy and Weiberg are locked in

• No. 4 Predicting OSU Football’s next commitments