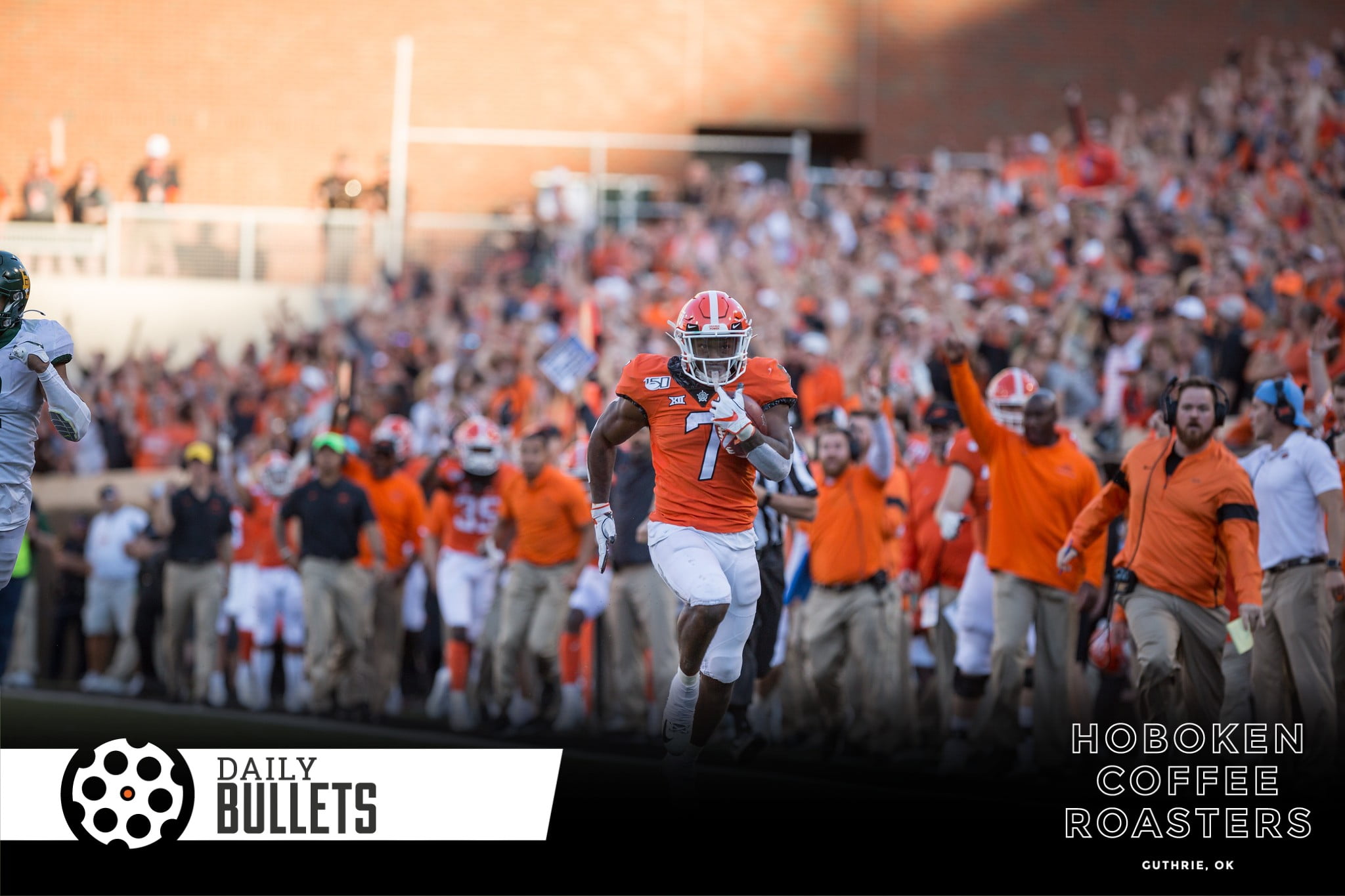 • “Eddie” – coming to your TV Monday night assuming you have ESPN. “Finding Big Country” airs on Wednesday also on ESPN

Scott Sutton speaks for the family and endorses the doc:

For those who haven’t seen the film Eddie, ESPN will be showing it Monday night at 8PM. It’s a incredible look into my Dad’s life, his success, and his struggles. Chris Hunt and his crew put their hearts into producing and releasing this show. Hope you guys enjoy it.

• This is a welcome development – Isaac Likekele is nailing threes in practice. If that man gets a 38 percent three-point shot, he’s a first-rounder.

Also, I just like reminding folks the No. 1 US and No. 1 Canadian players will team up next year:

• I don’t think I agree with his conclusions on the topic but Berry Tramel points out just how much times have changed between football players and their coach. And he points to Chuba Hubbard as a primary example.

Seems to me it’s all about relationships. This isn’t 1959. Or 1999. Time was, ballplayers had to listen to their coaches with little discussion. If you didn’t like something — personal treatment, social attitudes, playing time — your option was to lump it or leave.

I don’t know who Tramel has been talking with but he’s riding this concept of no relationships = no contented players = much less job stability than anticipated for Mike Gundy.

• In 1958, Barry Switzer and Eddie Sutton watched a basketball game together and developed a friendship

• Fun pic of the floor of the original GIA:

• This coffee machine-like contraption that makes bottles for babies is ridiculous but I’m low-key bummed it won’t be out by the time my third gets here in September
• This faith-based read on an underrated theological quality was great
• Processing what this means in “where will the media take us next”
– I do think the below James Clear quote is relevant food for thought: