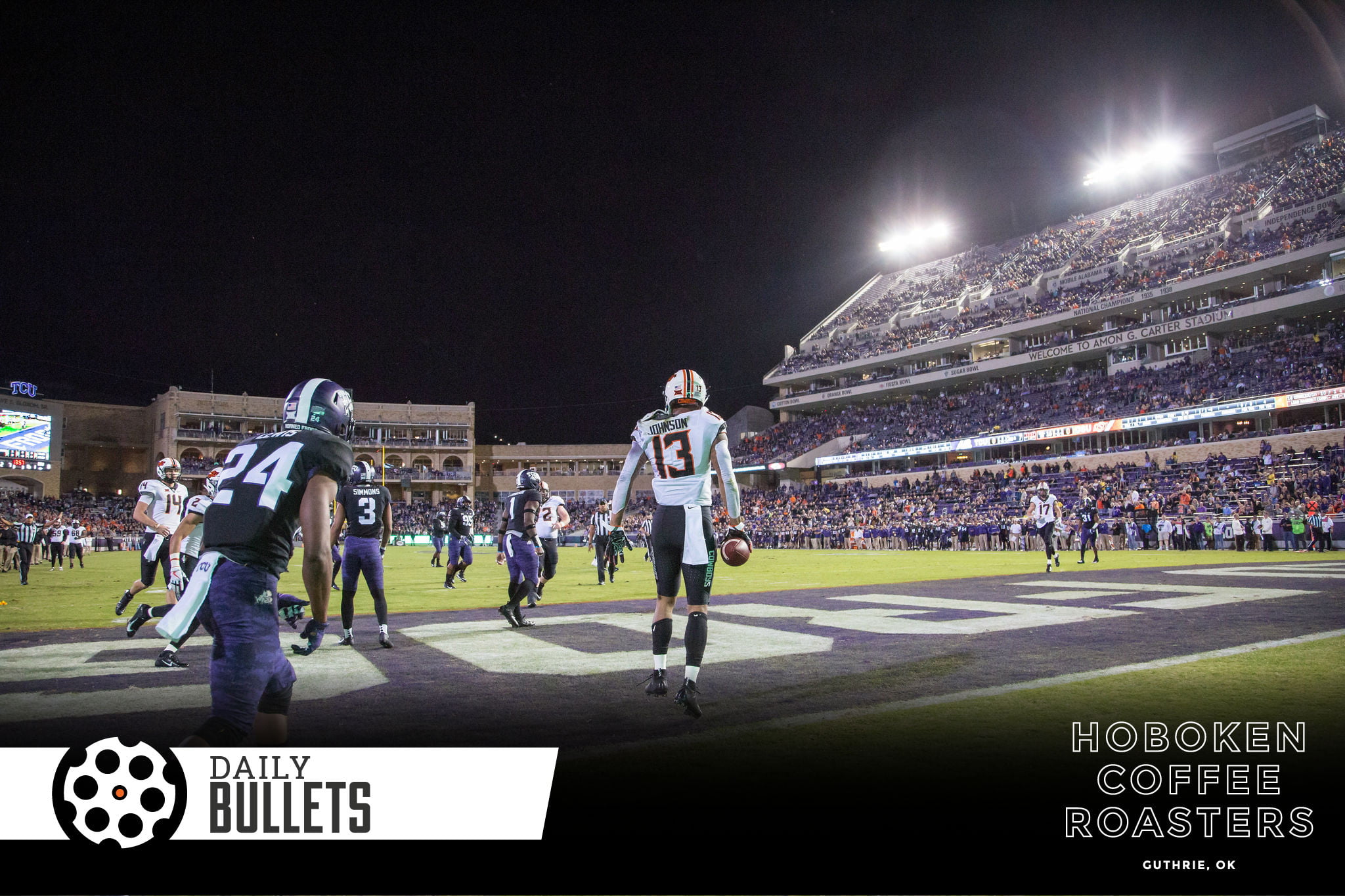 Vikings Stadium, Round One

As OSU suits up for a game in the same stadium as the Final Four, you can already hear the Boynton pre-game talk right?

The journey continues Friday, when OSU faces Minnesota in U.S. Bank Stadium, home of the Minnesota Vikings and site of the 2019 Final Four. Boynton said he scheduled the game with the latter in mind.

“Nothing’s by accident, man,” Boynton said. “I want these guys to embrace those type of environments. Our goal is to win a national championship. I’m not afraid to say that. You play in a place like that when you do that. We’ll see, go up there and see if we can still make some shots in a dome, and if we can’t, we’ll figure it out for the next time we’re there. Hopefully, it’s in the Final Four.” [NewsOK]

Just finished a read on determination and perseverance, fixating on a goal and daily moving closer towards it tend to be the steps to getting there. You know with the dreams Boynton has for the program, he’ll have plenty of material ready for a game in the same facility where college basketball’s elite teams will gather next year.

A football season can be so fickle – what’s the dividing line between six wins and nine?

For so long, OSU handled its business against opponents with equal or less talent. This season’s Cowboys are defined by tremendous fluctuations in performance. They were at their best against Boise State, Texas, Oklahoma and West Virginia. They lacked effort and focus in the losses at K-State, Baylor and injury-riddled TCU.

With victories in those three games – and there should have been victories – OSU would be 9-3. [TulsaWorld]

Texas Tech found their replacement for Kingsbury….How Nick Saban revived Alabama….Gunnar Gundy looking to win the title tonight, be the next big thing in the family….A look at OSU’s penalty-packed season….OSU bowl talk in relation to the Big 12 title game

Obviously a joke but man… *whispers* would you be shocked if OSU (hypothetically) competed with Notre Dame or Clemson?

Video of Tyron on Bullet would be fantastic.

Why are college textbooks so expensive?