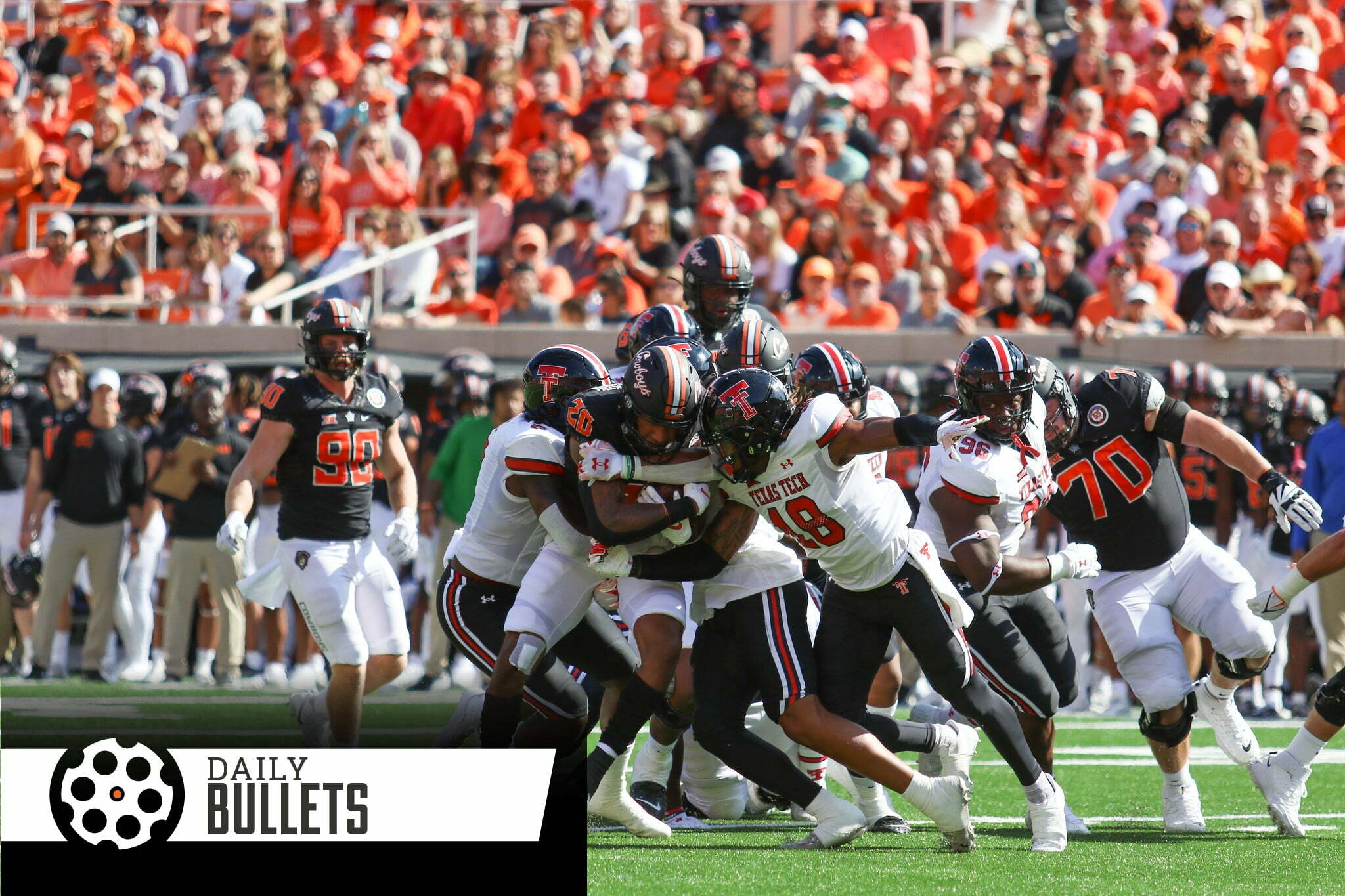 • As per usual, the Sunday Bullets did a terrific job of compiling content after Saturday’s win

• Dominic Richardson feels a bit more Desmond Roland circa 2014 carrying the load in the absence of a dominant runner than Justice Hill or Chuba Hubbard who were threats to go the distance but he’s certainly earned primary ball-carrier status:

(Richardson) had 19 carries for 67 yards, two receptions for 24 yards and one giiiiiiiigantic touchdown late to effectively seal the win. I wouldn’t be surprised to see Jackson and Gordon get more work as the season progresses, but Richardson is the clear No. 1 and he’s earned the majority of the reps at RB with the way he has played this season.

• Will there be two two-loss teams in Arlington for the championship game?

The only team that I can see getting there without more than one loss at this point is Oklahoma State, but its sample size is a bit small at the moment and I’m thinking we might see them drop a game or two along the way. The Big 12 race should easily be the most intriguing of the Power Five conferences.

• Cowboy Wrestling notes: OSU landed a recruit flipping from OU and three moves the Cowboys made after losing Ferrari

• Rewatched the Red River Showdown last night – good stuff. Reading Tramel’s grades on the loss was entertaining too
• Lots of NBA analysis with Thunder tidbits in this piece