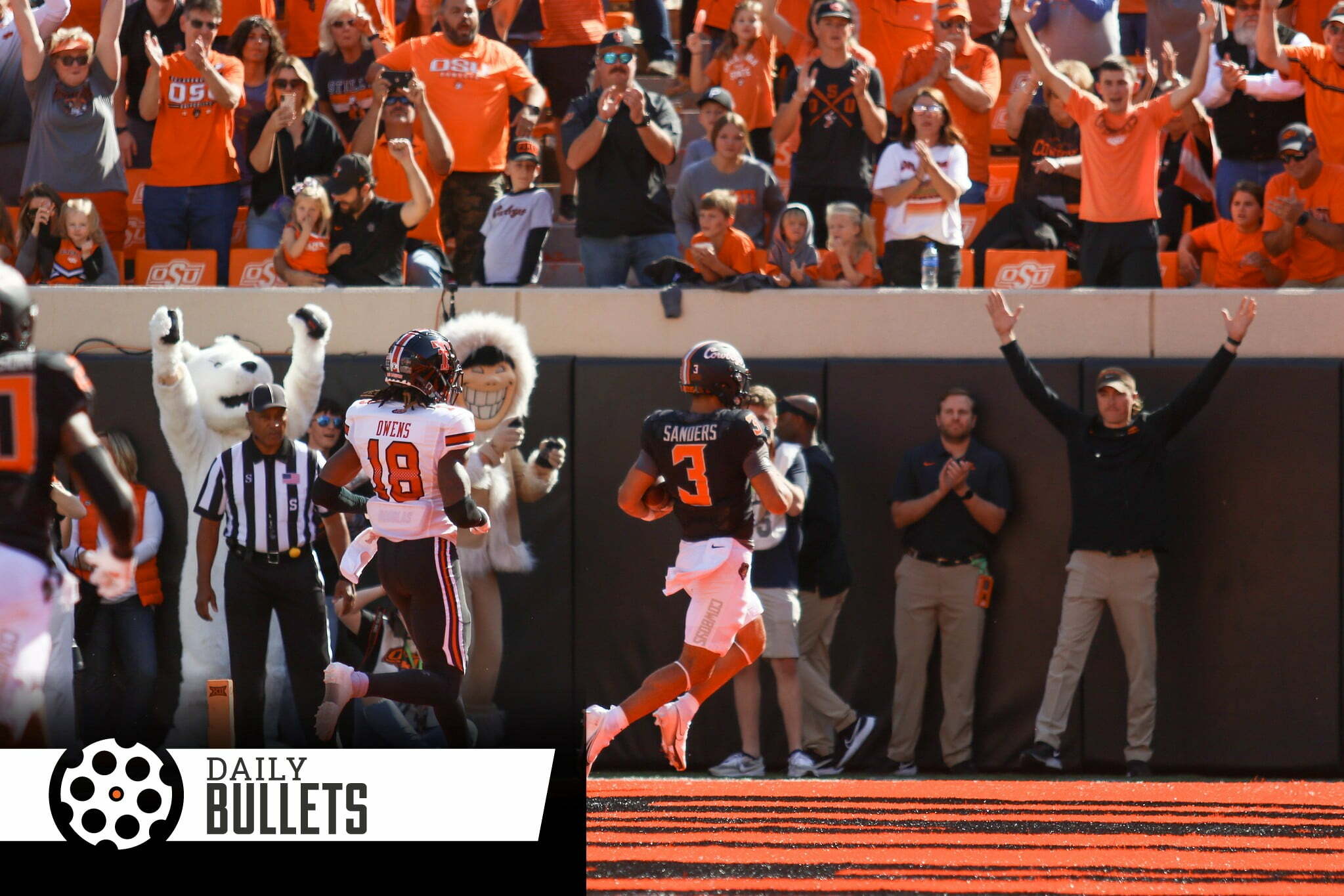 How wild that this could be the last time Texas plays in Stillwater for some time – here’s the predictions and TV/viewing details on today’s game.

• I’ve always taken a “the enemy (Texas) of my enemy (OU) is my friend” approach with the Longhorns, never really disliking the Horns, but it doesn’t hurt that the games have been so fun against them and went OSU’s way more often than not in recent history:

• Berry Tramel highlighted something true about OSU’s series against Texas – going 8-4 against the Longhorns has helped the Cowboys build a brand.

• The Longhorns and Taylor Swift have a good thing going:

• The Justin Gilbert/Jason Taylor pick-sixes are two of the more notable ones in OSU history:

• Who annually has higher expectations to win the Big 12 – Cowboy Wrestling or Cowboy Golf? For some reason the Pokes finishing fourth in Big 12 match play feels really underwhelming.

• No. 2 Ten Thoughts from the TCU Loss

• No. 3 What Mike Gundy had to say after the TCU Loss

• No. 4 Picks and Predictions for the TCU Game

• No. 5 Three Burning Questions ahead of Texas Game

This classic commercial came across the feed – so good: