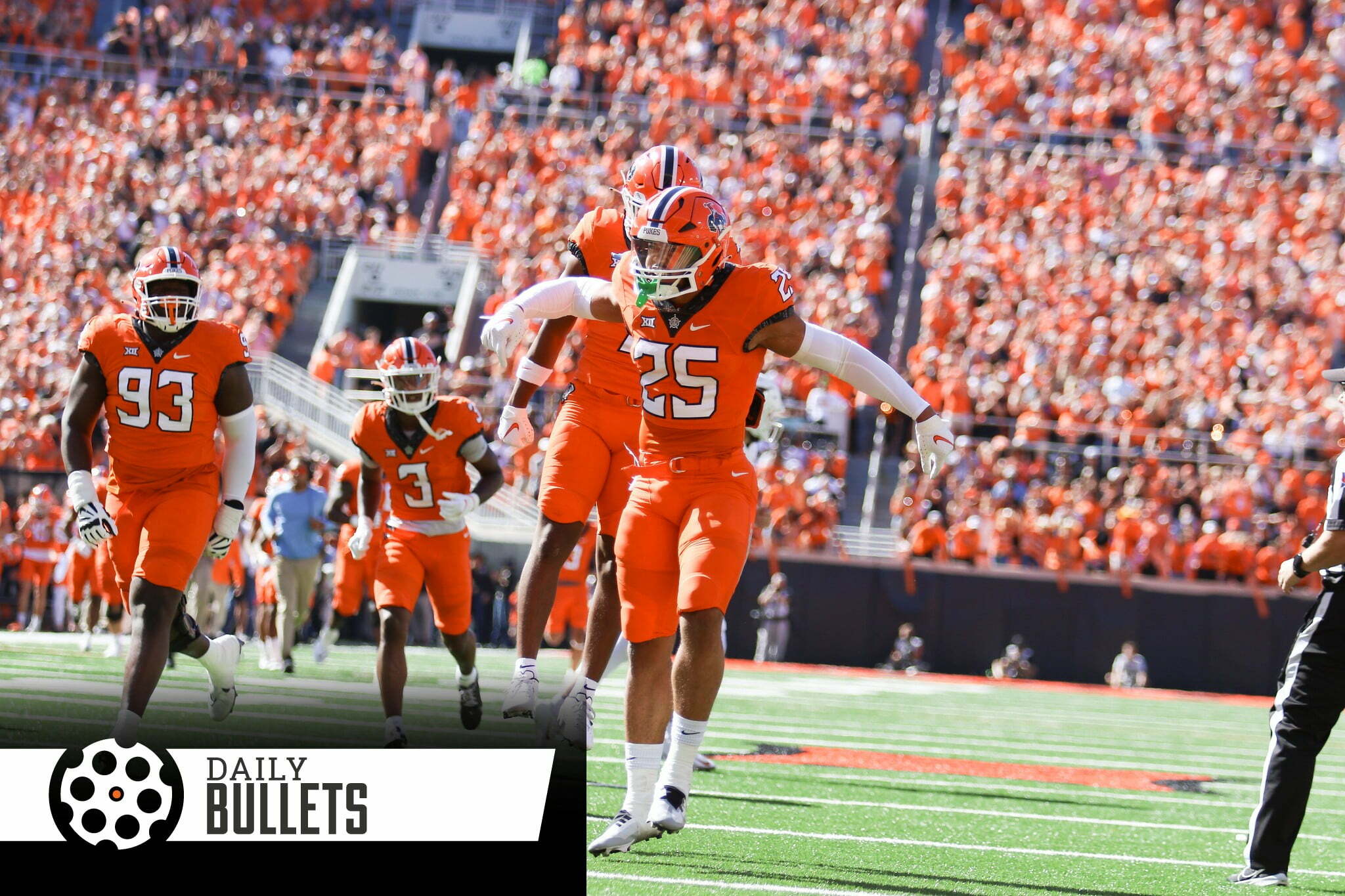 • Berry Tramel points out that until the Pokes lose a second game, they could (hypothetically) make the College Football Playoff and why it makes almost more sense than last year given the remaining schedule:

And this OSU squad seems to have an easier down-the-stretch schedule than did the 2021 Cowboys, who still faced a Bedlam game against a Sooner team that was unbeaten until November and brought a 10-1 record to Stillwater.

For what it’s worth – this CBS Sports article points to how the Pokes would have a solid argument as a one-loss team as well.

• What K-State’s coach had to say about the Pokes

• OSU is racking up points:

• Tailgating at LSU
• Most iconic hotels in each state