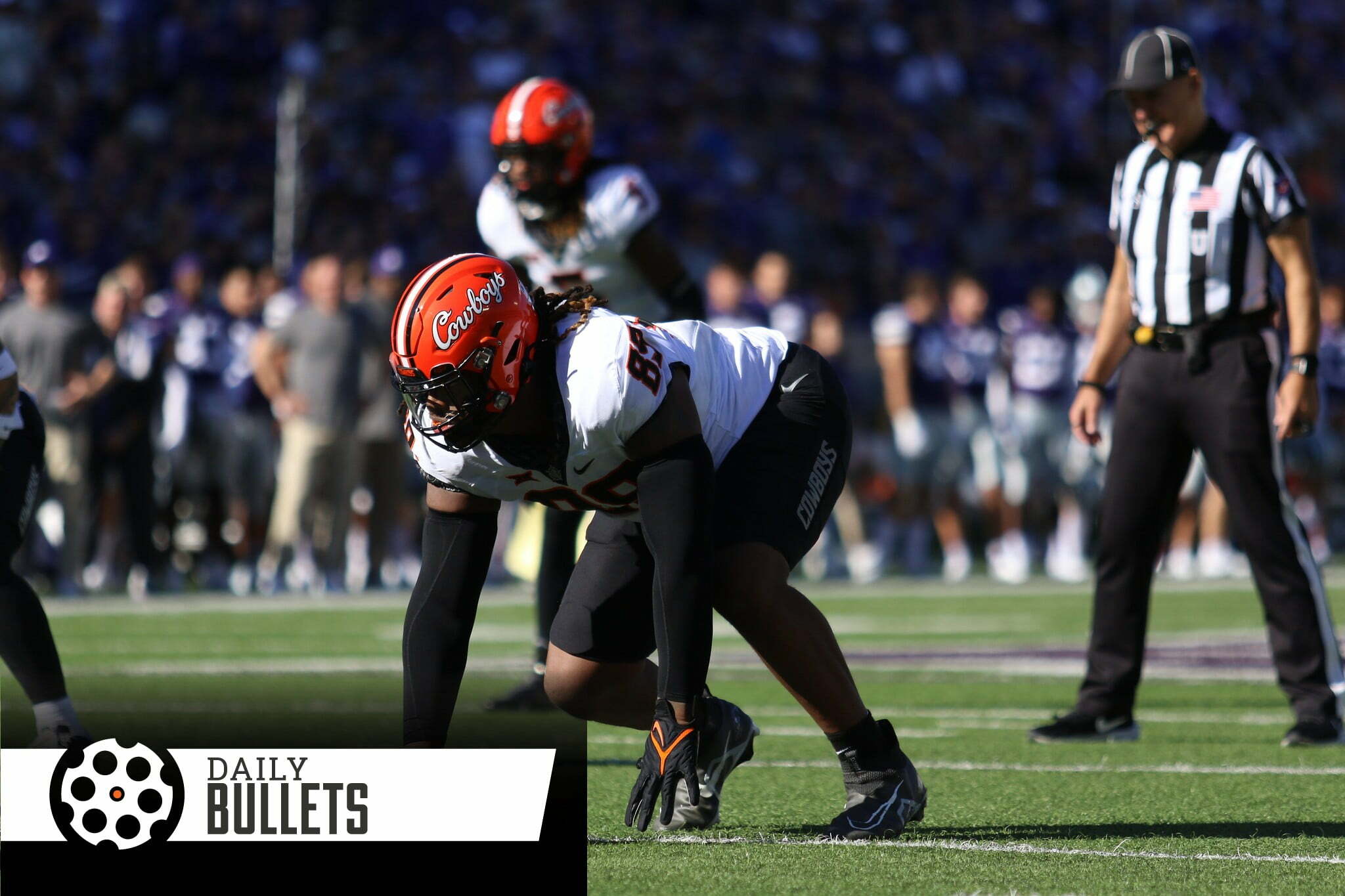 • It leaked yesterday that the Big 12 is signing a new TV deal – lots of details in this ESPN piece as well. The Big 12 was “dead” and then they get paid more for their TV rights after Texas and OU leave.

Truly unbiased perspectives are helpful – here’s one on what Big 12 fans can draw from yesterday’s news:

College sports is going through significant transformational change and nobody can really tell you exactly how everything will be structured in 2029, but it is fair to assume that no matter what the industry looks like in five years, Big 12 schools will be sitting at the big kid’s chair when it happens. They will have enough money and enough exposure to compete.

• Barry Sanders is getting a statue at Ford Field in Detroit

• If you checked out before the game was over Saturday, Spencer Sanders left injured

• Framing how bad Saturday’s loss was:

No. 22 Kansas State handed No. 9 Oklahoma State one of the most historically embarrassing losses ever for an AP top-10 team, and the loss marked the first time a top-10 squad has been shut out by 40 or more points since 1968. It was OSU’s first shutout loss of any type since 2009 and the worst loss in a shutout since 2000, the year before Les Miles arrived.

• Why are you friends with your friends? (faith-based)
• Do the most immediate need one day a week

“Every transaction is paid for at least three times. First, with the money you pay. Second, with the time you spend. Third, with the reputation you create through your behavior.

Being pleasant, reliable, and easy to work with might cost you a little more time. Perhaps even a bit of extra money. But the long-term returns from a great reputation usually outweigh the cost of a single transaction.

Most of the value in life and in business arises out of good relationships.”