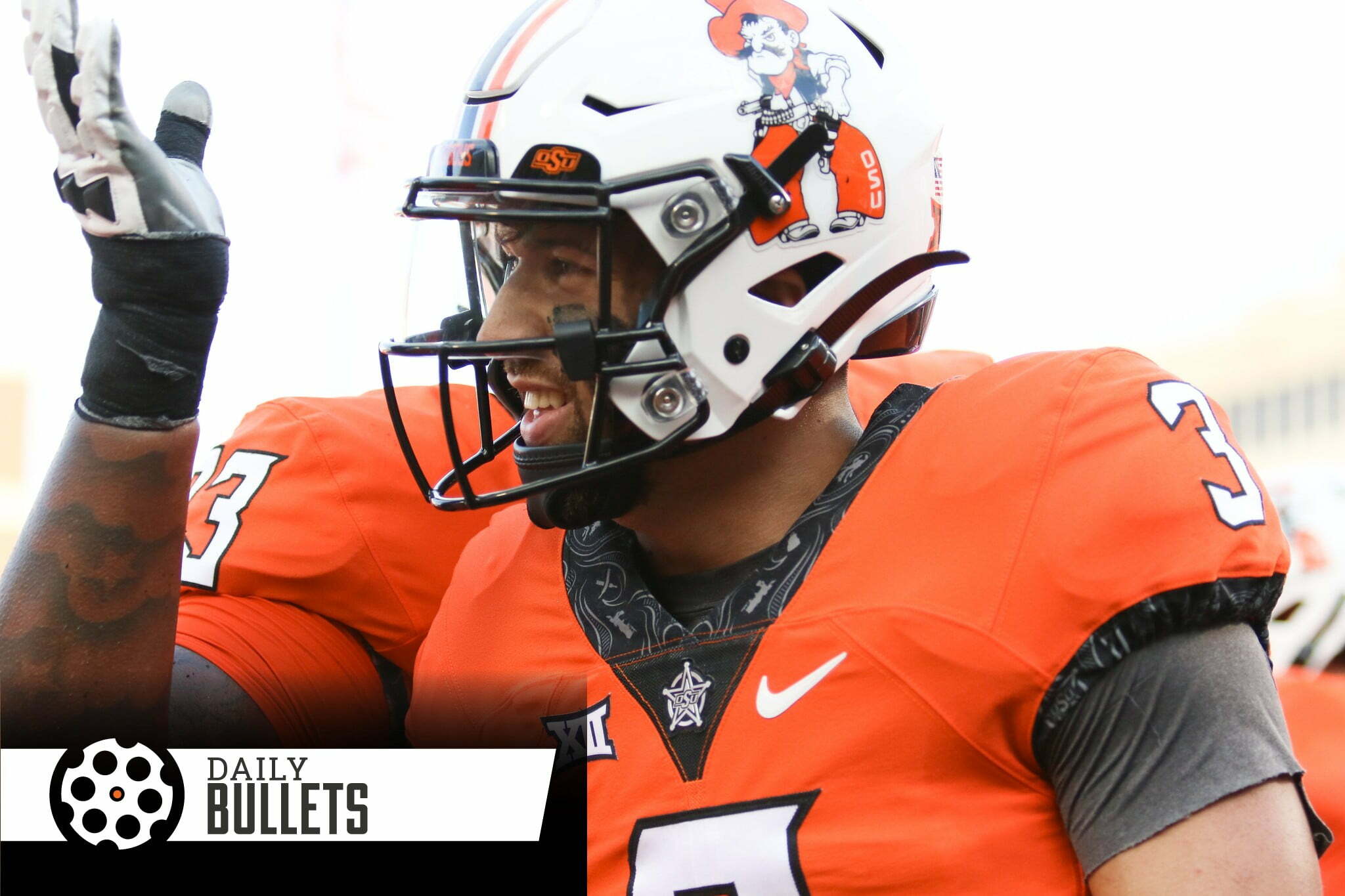 • OSU’s non-conference schedule for men’s basketball was released yesterday – two games that should be fun: New Year’s Even in Lawrence and January 18th – a Wednesday at 8pm Bedlam game in Stillwater.

• Some solid OSU-related games to catch this weekend – KU/Duke and Baylor/Iowa State are both at 11am followed by at 2:30 game with Texas/Tech

• This draft assessment on Spencer Sanders is pretty solid; pointing to what he’s really good at is enlightening.

Despite operating in a QB-friendly system, I appreciate how he will exhaust progressions when necessary and scan the entire field. Sanders mostly showcases good general accuracy and passing game instincts. He is an above-average runner and the Cowboys give him regular opportunities on designed runs to produce for his team.

• The experience of Tom Hutton being a 32 year old football player is hilarious.

Now 32, Mr. Hutton is constantly confused for his coaches when he checks in with training table attendants for meals.

Everyone else within the football program is in on the joke. The Cowboys specialists call Mr. Hutton “Pops” or “Dad.”

• Couldn’t agree with this more.

• Competitive disadvantages set aside, there are fun things about NIL benefits for players – shouts to Preston Wilson for his efforts (below). Who’s the one sponsor that Mike Gundy isn’t working with that he should be?

• No. 1 Ten thoughts on the win over Arkansas-Pine Bluff

• No. 3 Russell Harrison’s appeal was denied