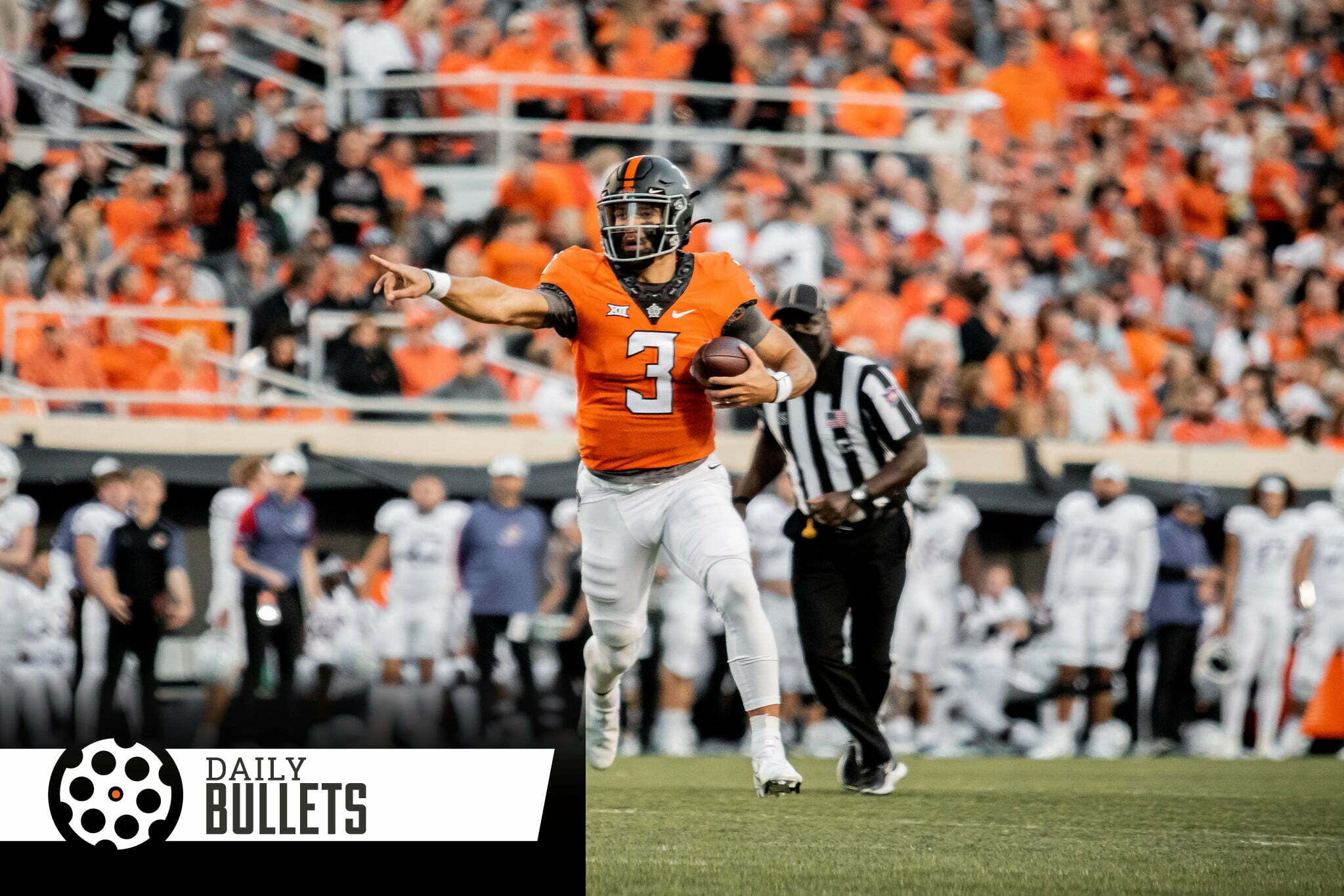 • Big-time win for the Pokes and the rest of the non-Big Ten/SEC teams – the College Football Playoff is expanding to 12 as early as 2026. Oklahoma State would have been a participant last season if it were in effect already (also, here are some FAQs)

• CMU’s Jim McElwain has seen big-time football from his time in the Power Five, his take after Thursday’s game turns your head:

“That’s a hell of a football team we played,” McElwain said. “They’re going to be in the national picture as the season goes on. I can easily see them winning (the Big 12). They’ve got a complete team and they’ve got a quarterback who can make plays not only throwing the football but obviously with his feet.”

• This sure was a fun development to watch on Thursday night:

Last year the Cowboys played controlled offense and won games with defense, but Thursday night Dunn got to run an autobahn offense — no speed limit.

Oklahoma State had seven touchdowns drives that lasted less than two minutes, including three that were under a minute.

• Congrats to Matthew Wolff on the first ace in LIV history:

• No. 2 Gundy talked about calling Switzer to Decommit

• No. 3 OU/Texas are reportedly in discussions about leaving early

• No. 4 Burning Questions ahead of the Season Opener

• No. 5 Rodriguez and Warren among five OSU rookies to make 53-man rosters

• Donovan Mitchell to Cleveland is fun to think about (not excited to have the Jazz in the tank race though)
• Finished the latest John Grisham novel on vacation this week… it was ok.

What Giannis can do in 1 second: