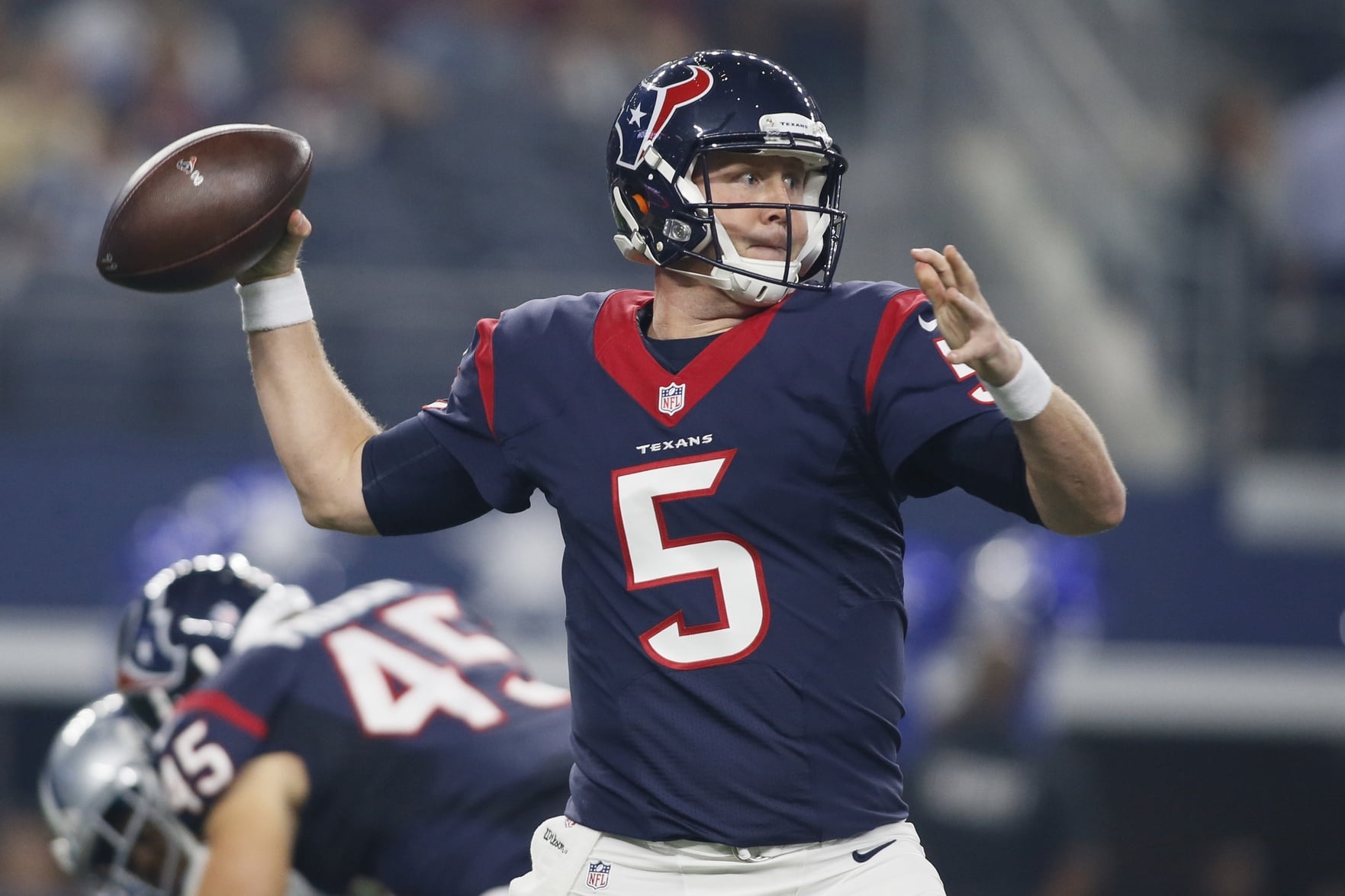 Saturday, NFL rosters must be finalized and each team has to whittle their squad down to 53. Several former Cowboys were drafted or signed as undrafted free agents. Here’s a look at who stuck and who was let go.

Weeden, who will turn 34 next month, is out at Houston. Probably not a huge surprise given that the Texans took Clemson’s Deshaun Watson with the 12th-overall pick in this year’s NFL Draft.

Chris Carson was a surprise star for the Seattle Seahawks who already had four running backs on the roster. But Carson’s highlight-worthy plays and praise from new head coach Pete Carroll earned him a place on the 53-man roster. Fellow running backs Alex Collins and Mike Davis were cut to make room for the former Poke.

The Miami Dolphins took Taylor in the sixth round of this year’s Draft and he’s apparently done nothing but impress. As was expected, he was not cut and will make Miami’s roster.

Ashton Lampkin impressed during the preseason in his role in the Kansas City’s secondary, and the Chiefs liked Lampkin enough that even after he suffered a season-ending knee injury, they’ve decided to do him around on IR.

According to reports, Pipkins didn’t hear from the team before the cut deadline — so the assumption is that he made the team.

Pipkins impressed in the preseason, being named to the Week 1 preseason team of the week by Pro Football Focus.

Pipkins was on the field for 32 snaps in coverage, and allowed two receptions for just four yards. He had three tackles including a stop and zero missed tackles, while adding a pass breakup and a quarterback hit. PFF

Jarwin was waived by the Dallas Cowboys. He made some preseason plays but could not quite get ahead of James Hanna, Geoff Swaim and former All-Big 12 power forward Rico Gathers for the No. 2 spot behind Jason Whitten.

Former cornerback Michael Hunter also indicated that he will remain in New York with the Football Giants this season.

Last week, former Oklahoma State defensive end Jimmy Bean was waived by the Oakland Raiders after getting dinged up in practice. He was claimed by the Denver Broncos days later. Unfortunately he did not pass the team’s physical exam.

Former Cowboy Tyler Patmon also made the cut with the Jacksonville Jaguars.

Keelan Cole, Tyler Patmon and Jalen Myrick are all on 53-man roster.

Former Cowboy safety Shamiel Gary did not make the cut for Buffalo.

Seven former Cowboys tried to make NFL rosters as Here’s a look at the 2017 rookies and how each fared this fall.