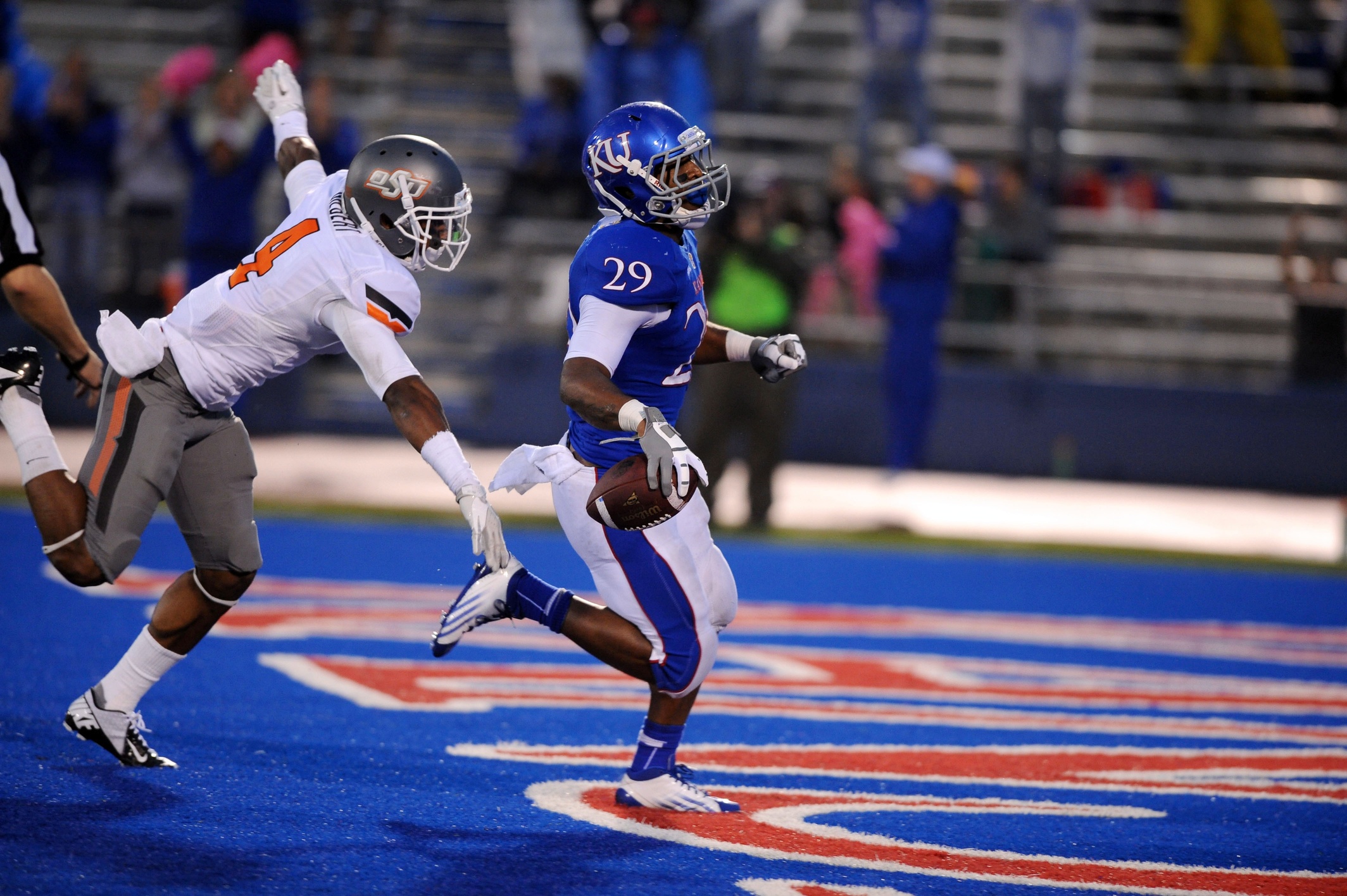 Remember that time we barely beat Kansas with JW Walsh running the show? Yeah, nobody likes to talk about this game.

But the uniforms were fantastic. Going from the flat gray helmet to this carbon fiber one is like Walter White going from his RV in the desert to the insanely high-tech lab Gus built him closer to town[1. If you don’t know what I’m talking about, buy it…right now.] — there’s just no comparison.

I guess I don’t really understand why some of you don’t like the away whites. The orange goes really hard on them and they’re more understated than the prison uniforms it looks like we’re wearing at home sometimes.

And if you can’t get behind the gray pants (not literally, of course) I don’t know what to tell you. Sure, I dislike the all-gray look as much as the rest of you but with a white jersey I think they’re the perfect complement.

Also, because my guy Carson brought it up yesterday, I found a photo of Justin Gilbert rocking these threads which, let’s be honest, probably makes them look a lot better than they actually are.

Not a top five uniform but definitely one I can get excited about.