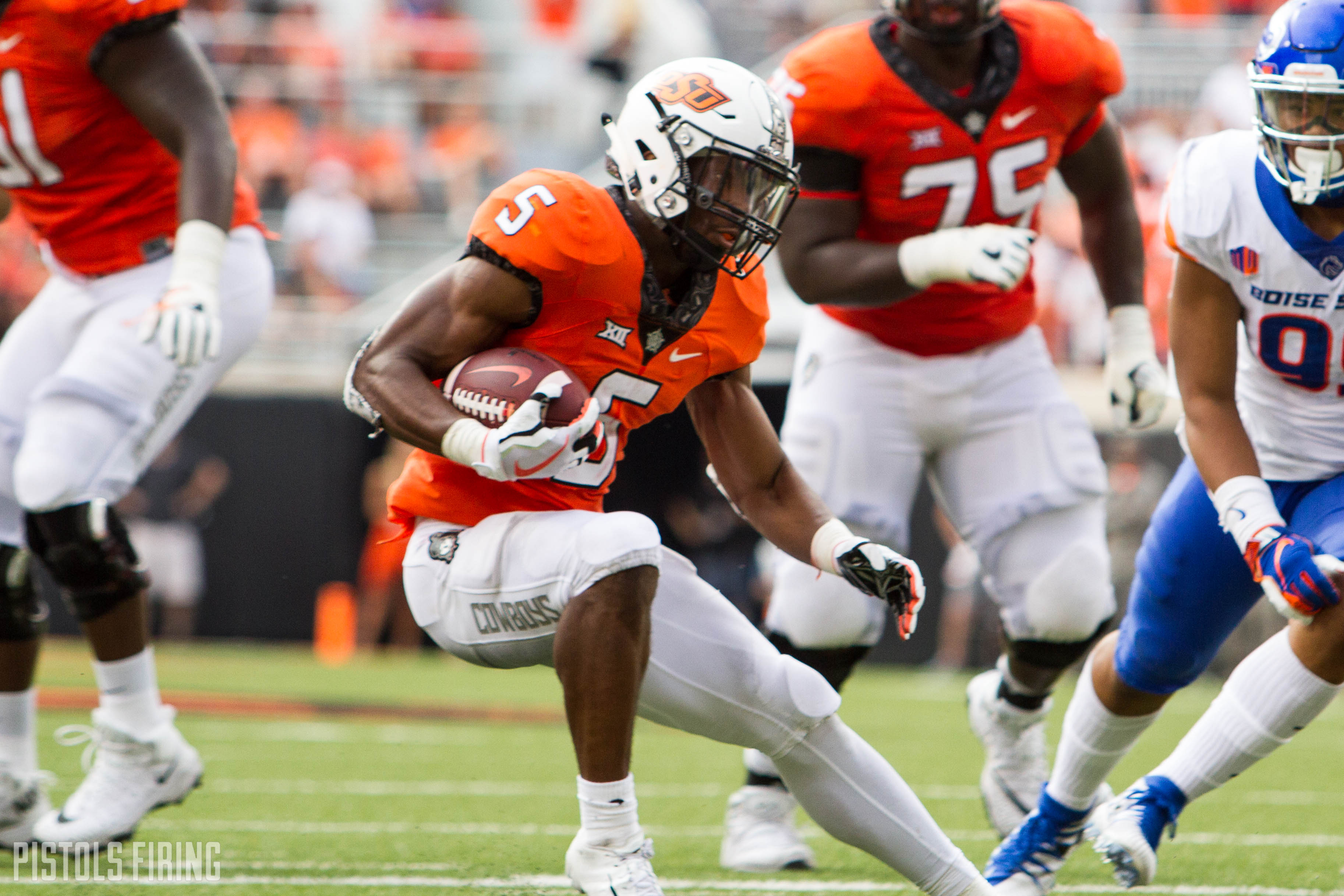 STILLWATER — Bettors who took anything besides Oklahoma State and the points left Saturday with an empty wallet and hurt feelings after the Cowboys put a beatdown on Boise State.

The visiting Broncos drew blood first with an early score to take a 7-0 lead, but Oklahoma State bounced back shortly to even things at 7-all, then 14-7, then it was never closer. Let’s recap OSU’s big win with a fresh batch of superlatives.

An honor typically reserved for an individual can only be given to one unit from Saturday: the special teams of Oklahoma State.

The oft-disparaged unit that has been the subject of ire for OSU fans had a fantastic day Saturday, blocking two punts, one via a scoop and score, and it significantly altered the course of the game. And its overall perception.

In fact, OSU’s efficiency in that area of the game jumped from 103rd nationally to 26th (!). Pretty nuts.

It’s no longer a question of Did Justice Hill make a big play? — it’s now a weekly Which big Justice play should we feature in Superlatives?

I was pumping my chest and screaming in the press box during this run below that featured a stiff arm straight from the Heisman Trophy room, and it was probably the most explosive play he had, but for Justice to casually break a tackle, high-tail it to the end zone and avoid almost all contact is a pure example of why he has an NFL future. Speed kills.

BUT LOOK AT THIS STIFF ARM! pic.twitter.com/7JNSba3I0d

Gundy was predictably in a cheery mood following Saturday’s game, and he came prepared with all the jokes — and QB Taylor Cornelius was the subject of two of his very best.

When healthy, Brailford off the edge is as terrorizing as Ogbah off the edge was for Oklahoma State. He had three sacks in the first half against the Broncos, coming early and often after QB Brett Rypien.

OSU used him exotically, too, game-planning him as both a defensive end and as a linebacker to optimize his pass-rushing skills. And it worked.

“You got a guy that’s big, strong, athletic and can run,” said DC Jim Knowles. “He looks like a grown man and plays with the agility of a linebacker.”

This deservedly did some numbers. But of course it was going to — it got the Gundy meme bump.

I can’t wait to use this when OSU houses OU in the Big 12 championship game later this season.

Credit where credit is due, this was phenomenal.

If Boise State had won yesterday (and done so convincingly), it may have had a legitimate case to be a CFP contender by season’s end. The Broncos are almost a lock to be favored in each of their final games moving forward, which, if it played out as such, would give them an undefeated record and a chance to be the first Group of Five squad to make it to the CFP.

The MVP of the afternoon was the OSU special teams unit, but how about OSU’s defense? In Jim Knowles’ first big test, he crafted up a day in which his defense smothered Brett Rypien early and often.

“We all know that was our first true test,” said Knowles in a scrum after the game. “I thought we at least got a B.”

He’s being humble. Our own Marshall Scott gave the D an A+ in his weekly grades.