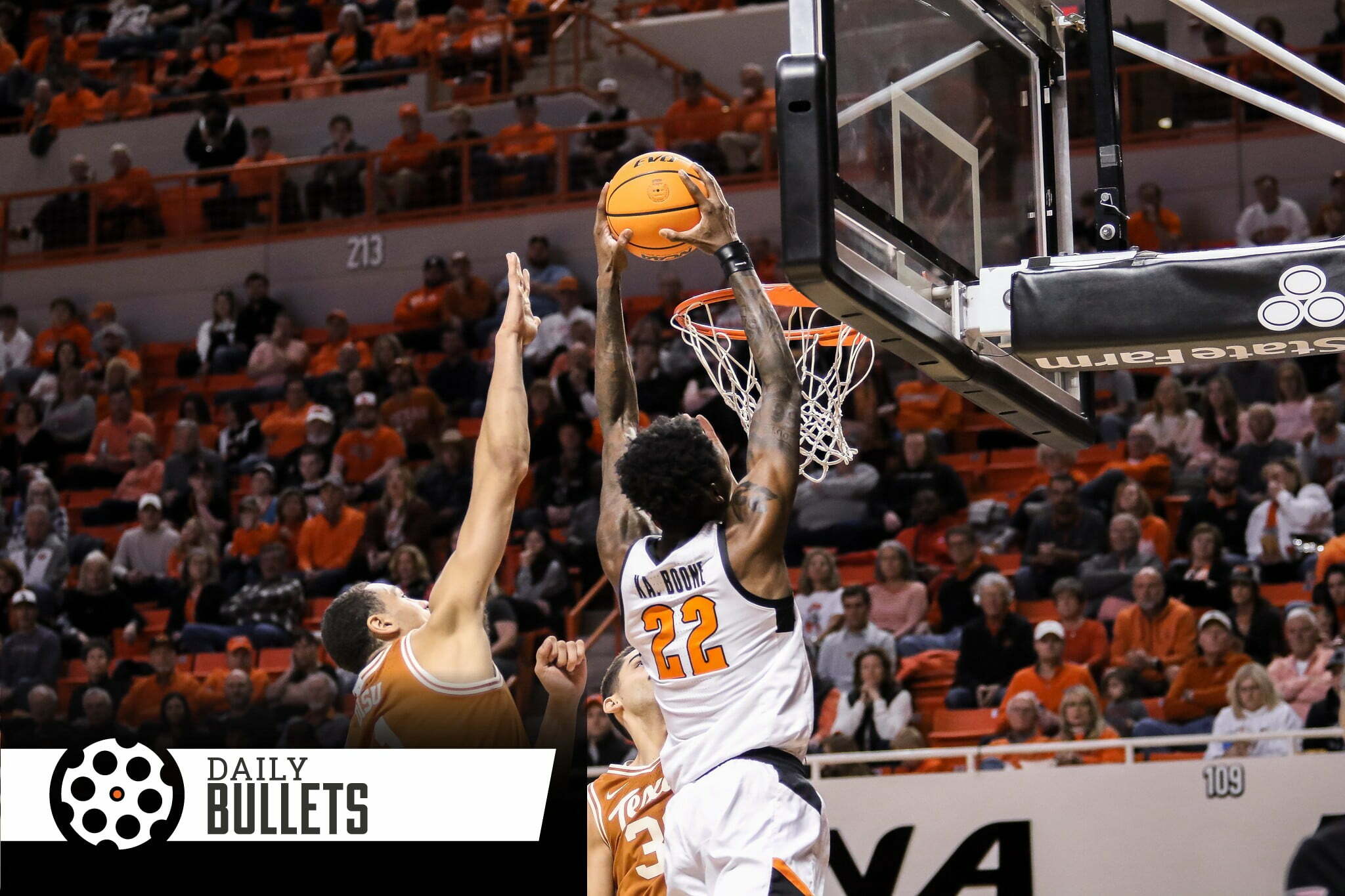 • If you’re looking for OSU angles in tonight’s national championship game – TCU’s o-line coach (A.J. Ricker) spent a year as an analyst in Stillwater and inside receivers coach Doug Meacham is an OSU alum that played and coached with Mike Gundy.

On Georgia’s side, Todd Monken has had two stints coaching the Cowboys.

• Couple of Pokes found homes in the portal yesterday – lineman Eli Russ to the Sun Belt and special teamer Kanion Williams to Tulsa, all of this after Samuela Tuihalamaka found a new home Saturday

• Neat gesture on Sunday – Cowboy alum who played a major role in Damar Hamlin’s recovery recognized by the players: