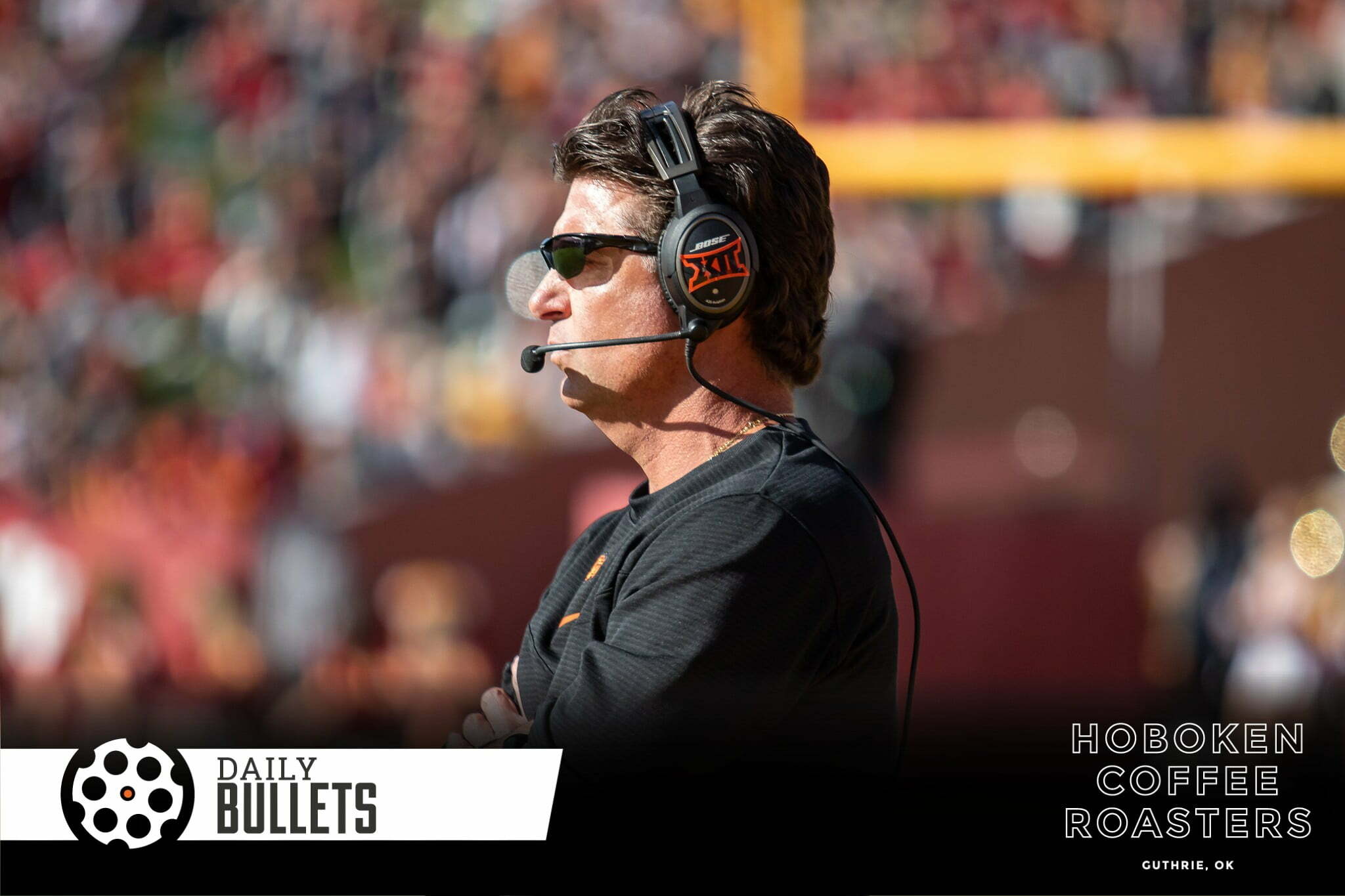 • Mike Gundy earned a substantial raise that was announced yesterday – he’s the highest-paid coach in the Big 12:

Oklahoma State announced Friday it has made changes to the contract of head football coach Mike Gundy that includes a substantial $1 million annual raise. As part of his new deal, Gundy will receive a $1 million annual retention bonus each of the next five years.

• The fact that Derek Mason will be working with the same defense (foundationally) that Glenn Spencer did is wild – is that a byproduct of head coach stability or is OSU just super unique in that?

• James Washington, one of the newest Dallas Cowboys, looks fondly upon his time in Stillwater – even desiring to mimic it on his new team:

• Freshman running back Ollie Gordon is getting some buzz this spring:

“He’s got a chance to be special,” whispered one member of the football staff.

• Not an OSU quote but too good to pass up – this from one of St. Peter’s players, the first No. 15 seed to make the Elite Eight, was terrific:

• If you could have one assistant for next season… which would you rather have: Dana Holgerson, Todd Monken, or Jim Knowles?

• No. 1 An OKC-area star is transferring from Georgia

• No. 4 Keylan Boone has put himself in the transfer portal