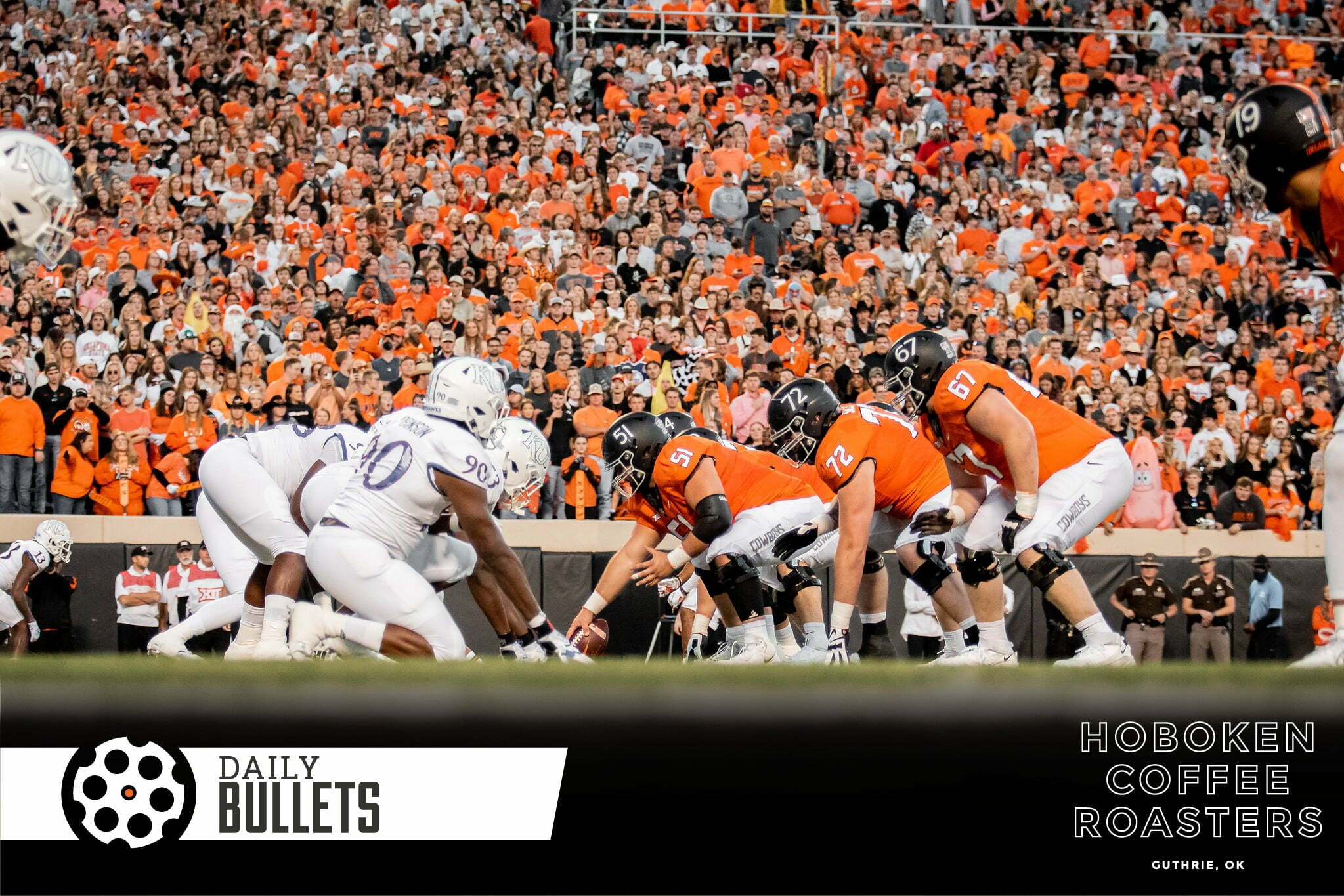 Lots of news for the offseason of basketball and football – let’s get to it.

• What John Smith could be evaluating after a tough season – No.2, NIL, seems paramount (PFB)

“I thought he made some remarkable plays this year,” ESPN draft guru Mel Kiper Jr. said last Wednesday. “Adjusts to the poorly-thrown ball well. He’s got a little more agility and quickness than you think. I think he could go in the fifth or sixth round, maybe as high as the fourth …

• The Pokes are just outside the top-five in the D1Baseball rankings: