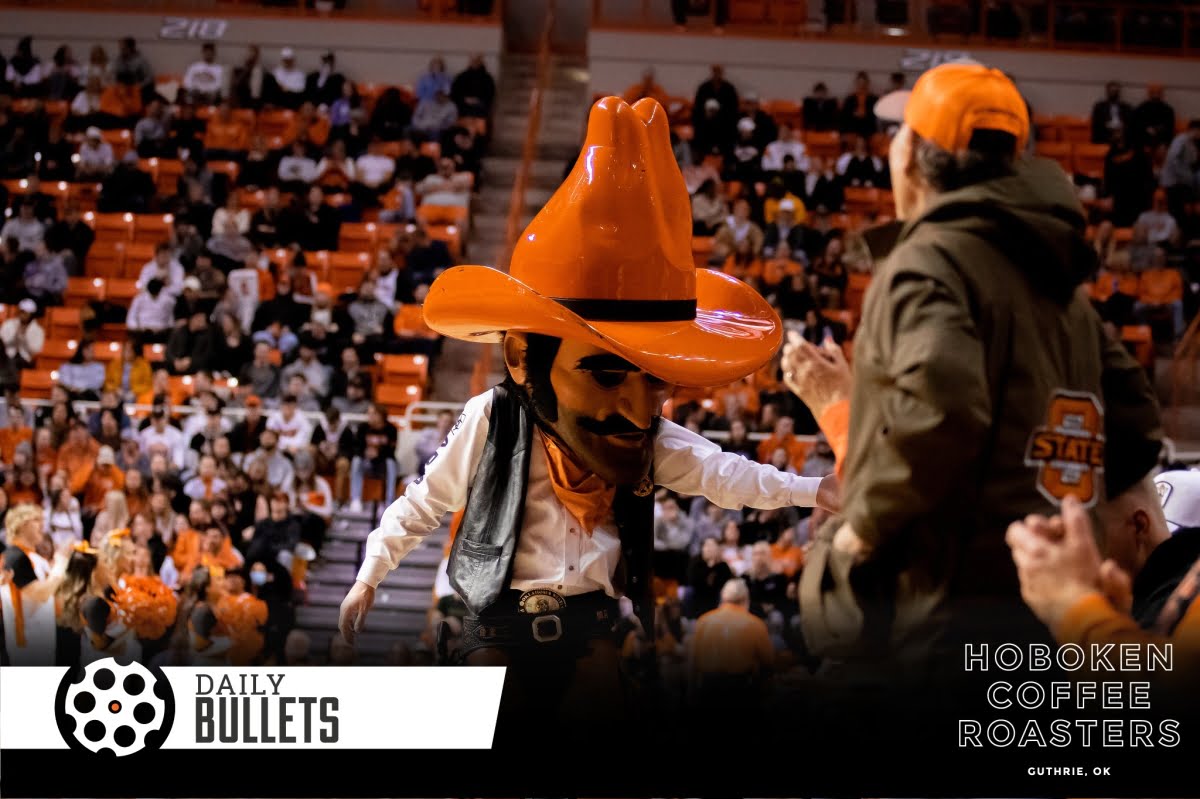 • Five Thoughts from the defensive clinic the Pokes put on in Ames, Iowa last night

• John Smith landed a commitment yesterday – the Big 12 announced the wrestling brackets, see where the Pokes are

• The case to move on from Mason Rudolph in Pittsburgh

• Kyle Boone pointed out how impactful young receivers could be on the depth chart this fall – two in particular:

As much as I’m a believer in the returning talent, I can’t help but think that half — maybe more — of the incoming receivers play some sort of role in 2022. (Talyn) Shettron is a former top-60 national recruit. (Braylin) Presley’s been one of the most electric playmakers in the state of Oklahoma the last two seasons at Bixby.

• Cowboy Eugenio Chacarra is in the top five nationally:

• Where did Mardi Gras come from?
• College football is looking at changing some rules to speed up games
• Leadership types from Ted Lasso