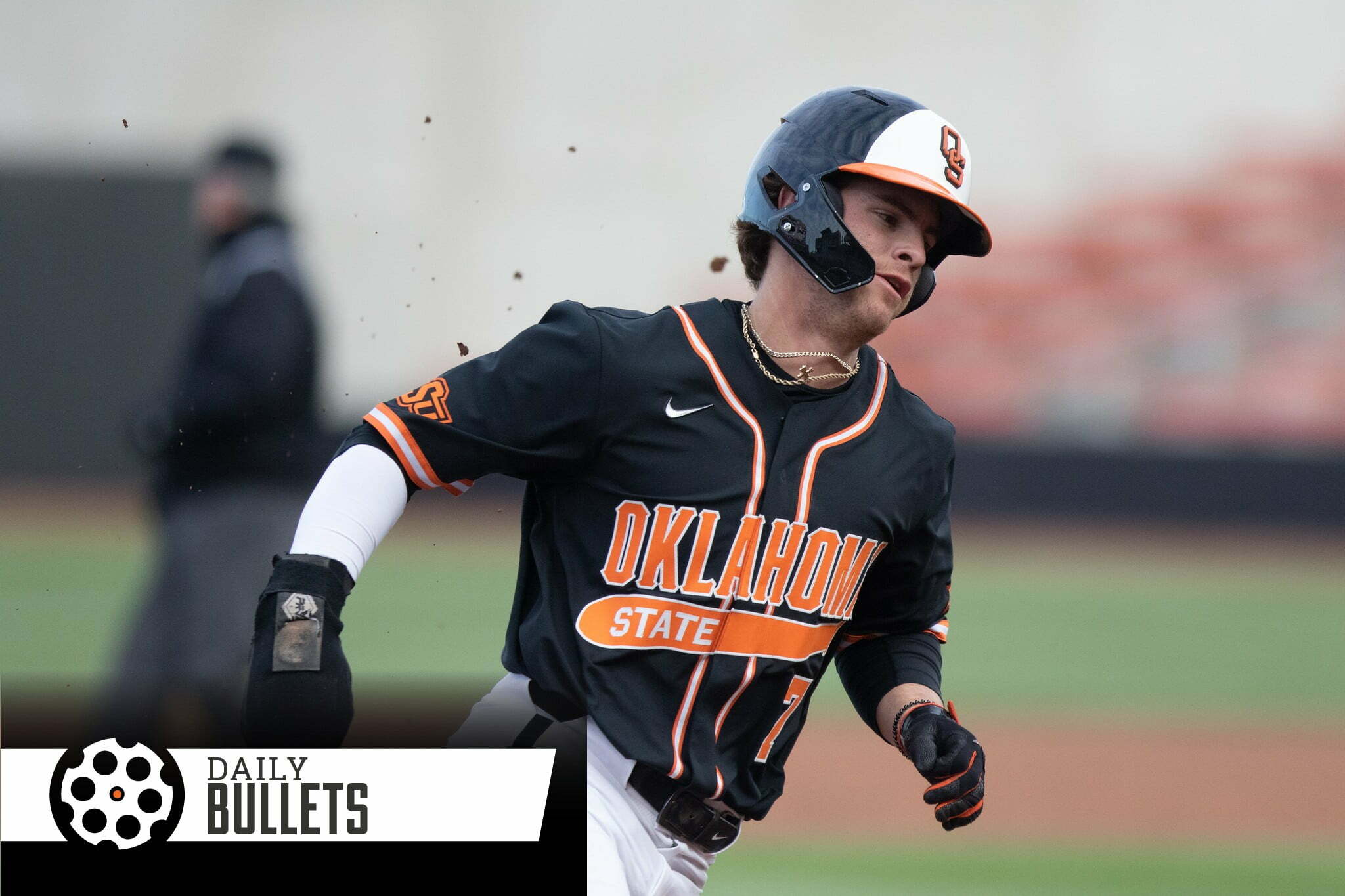 • The Pokes were held scoreless for the first time since the opening series against Vanderbilt ? – Pokes drop game one of the tourney to Texas, they take on Baylor at 9am this morning

• Cowgirls take on Clemson tonight at 8:30pm – beat the Tigers

We live in a world where Gundy is not just the best Big 12 coach on this list, he’s also easily the league’s longest-tenured coach. The former shifted when Riley left for USC, while the latter changed with Gary Patterson’s departure from TCU.

The third No. 1 of course is that he’s the highest paid in the Big 12.

• ESPN power ranks the Pokes at No. 3 in the Big 12 going into the fall

• Recruiting Updates:
– Pokes are in on a five-star guard from Oklahoma
– The Pokes made the cut for a four-star (and another here)
– Missed the commitment on another four star

• Feels like 45 pod talks Pokes in the PGA and football recruiting in latest pod: