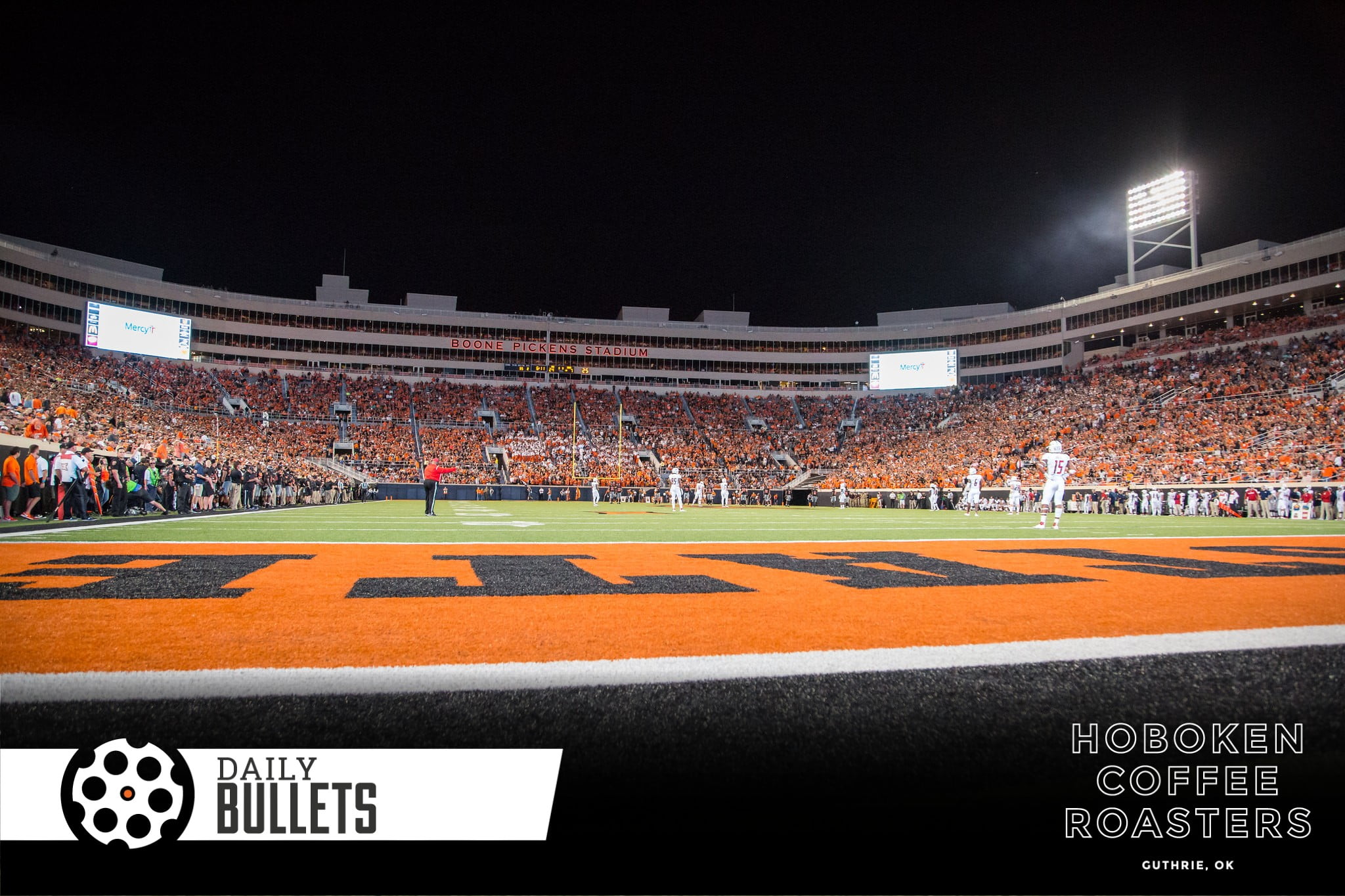 Go ahead and consume the Tylan content (News, Roundtable, and Five Thoughts) then enjoy the TCU game.

• Most Viewed of the Week (No. 1): Ten Thoughts from the Iowa State Win

One thought, in particular, continues to resonate – is Spencer Sanders good? Sure, upsetting a top 25 team on the road gets you a reprieve. But is the way that Spencer Sanders plays football good enough to consistently win more games than he loses?

Asking Brock Purdy to throw the ball 60 times a game isn’t sustainable, nor is it the best way to go about winning games. But asking Purdy to be himself on a team with other above-average players should lead to more wins and losses. Is that true of Spencer Sanders?

• Most Viewed of the Week (No. 2): Marcus Watson Suspended after Protective Order Filed

This was a tough one. For all of the “Justin Blackmon and his friend Olivia” stories, there seem to be more stories like this. By all means, if the young man isn’t guilty, he’s entitled to the process playing out. But if the accusations are true, it’s just gut-wrenching to watch young people lose the incredible opportunity they have and harm someone else’s life so much in the process.

• Most Viewed of the Week (No. 3): Four-Star Running Back Daniyel Ngata’s Commitment Primer

Landing the big recruit is one of the top five experiences in college football, no? OSU being in on the No. 2 all-purpose running back is a fun moment. It’s crazy to think that if the Pokes land Ngata and Shane Illingworth wins the job, the starting backfield in Stillwater could be northern California themed.

• Most Viewed of the Week (No. 4): Petitioner Files Restraining Order Against Marcus Watson

It’s fun to get good news, it’s a bummer to process an OSU-loss. It’s miserable, generally speaking, to read about circumstances like the above.

• Most Viewed of the Week (No. 5): Breakdown of Gundy’s Post-Iowa State Presser

Gundy’s emphasis on big plays had me chewing on this – which statistic is more important: winning the turnover battle or having more big plays than your opponent? It probably depends on where the turnovers occur and how the defense is playing that day, but long scores are kind of the antidote to a turnover-prone quarterback. Without one of the two biggest deep play threats, it’ll be interesting to see if OSU can win that battle (the long- score one) again for the rest of the year.

• Two NBA players that are fun to watch this  year (and read about): Brandon Ingram in New Orleans and Luka Doncic in Dallas
• Finding happiness by sheer will in your 30’s
• A bit heady but this faith-based look at proximity over performance is one I like to chew on