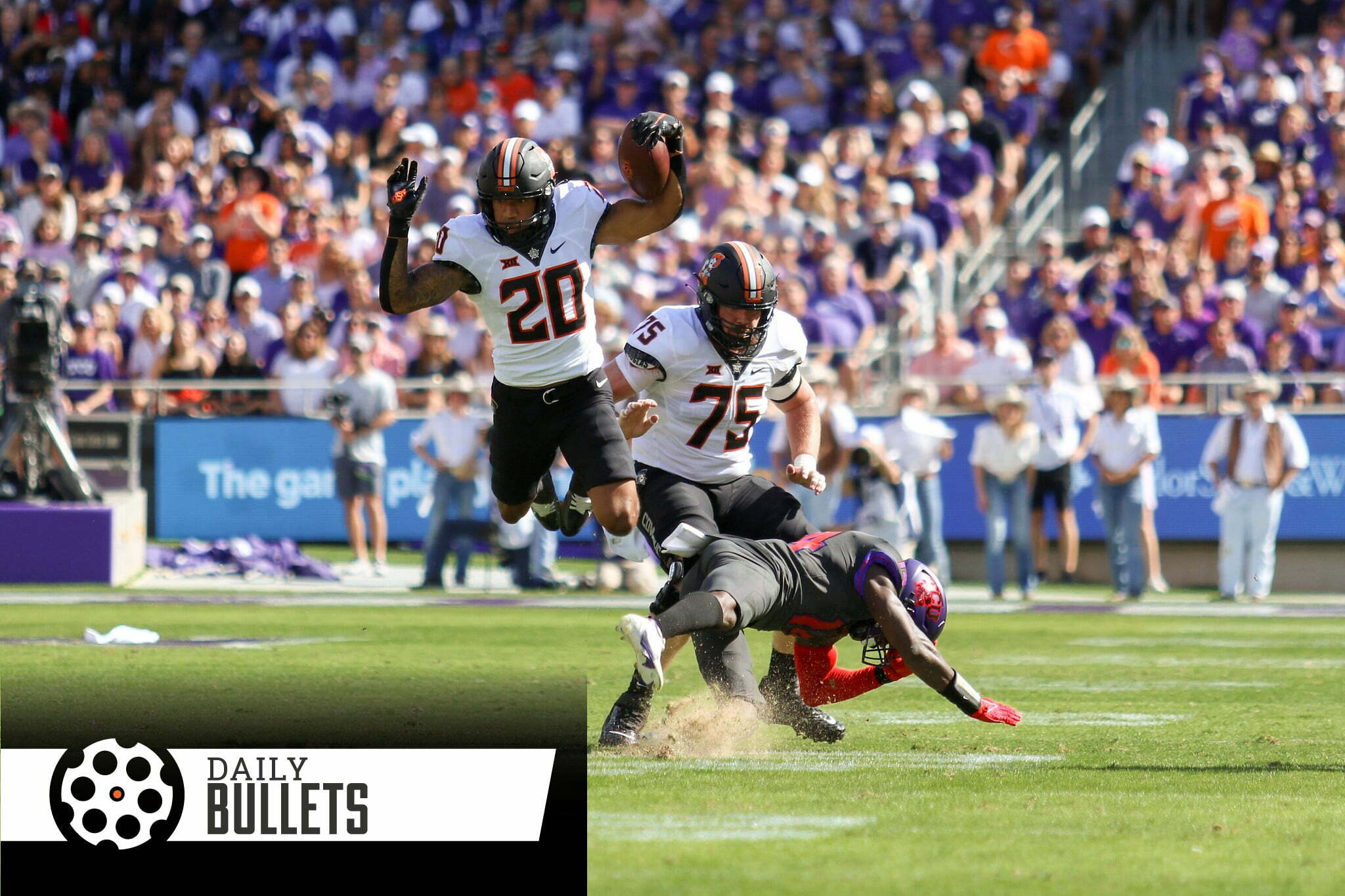 • Game preview/TV details and anything else you might need for today’s game – this isn’t your little brother’s Kansas team, more competitive and receiving far more support from local fans

• Looking at the “Gonzaga to the Big 12” narrative – this seems to be the sweet spot in the deal: increased brand value for sponsorships.

Another consultant pointed out that the Big 12 is also aggressively looking to increase revenue from marketing and sponsorships, and that a deeper, more competitive conference could potentially make their sponsorship campaigns more lucrative. “If I can call up Pepsi or State Farm or something and say that I’m going to get 10 teams in the NCAA Tournament, have X number of draft picks, play in X number of huge games, that might make my inventory package more attractive”, one told me. 300% more attractive? No, but every single dime and quarter adds up.

This Mike Boynton quote on the topic is hilarious:

• Tom Hutton released details on what ended his career – that guy will be pretty beloved as far as specialists go:

• Here’s where the Pokes need to start making some hay:

• No. 1 What Mike Gundy had to say after the K-State Loss

• No. 2 Ten Thoughts after the K-State Game

• No. 3 The Pokes dropped in the AP Poll after the Loss

• No. 4 Recapping the K-State Loss

• No. 5 Tom Hutton is retiring after sustaining a season-ending injury

This kid knows how it is: