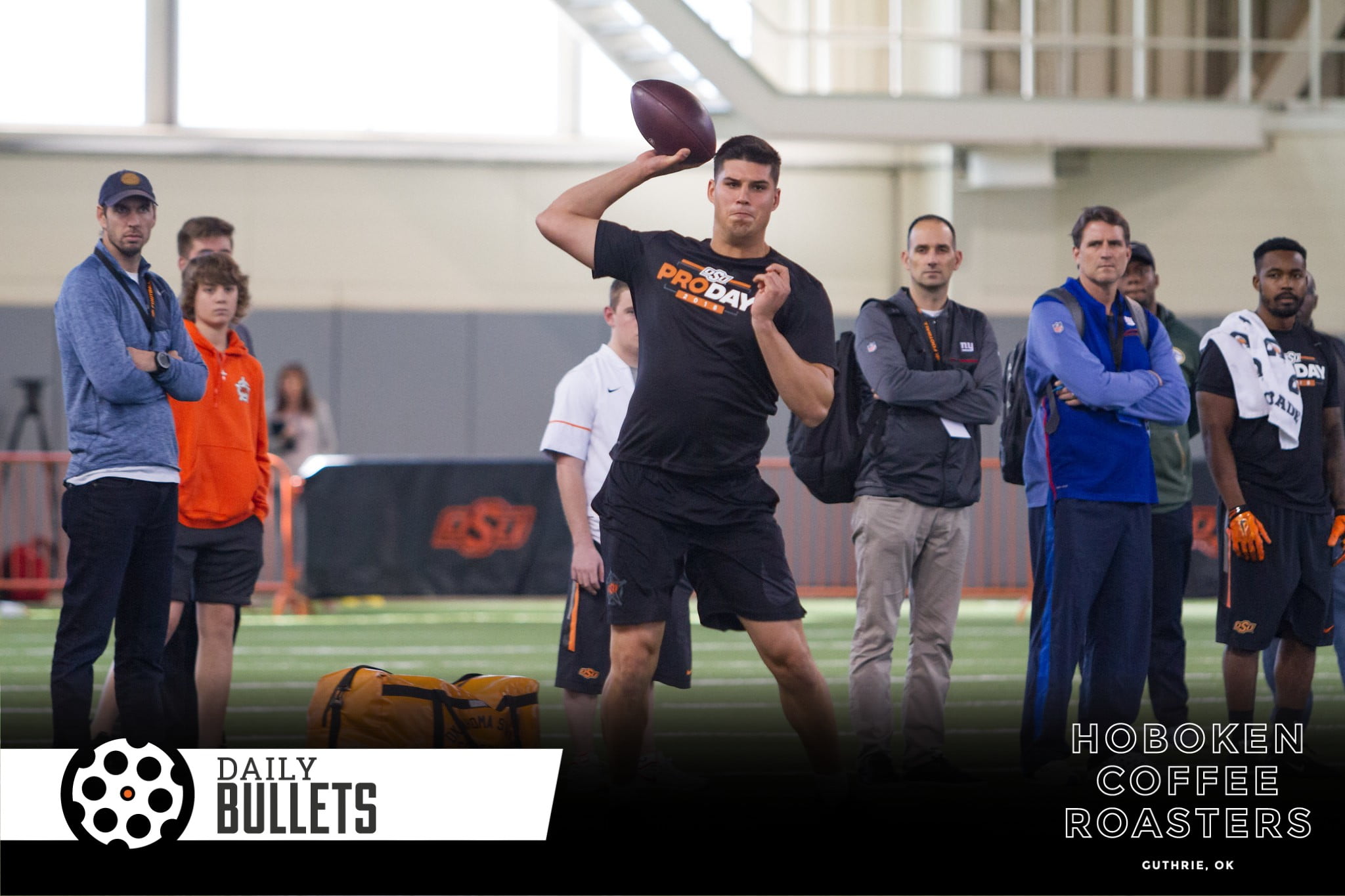 It’s Gameday – Bevo burgers for everyone.

• Most Viewed of the Week (No. 1): Notes from Gundy’s Texas Presser

Obviously, we’re all a little excited for today’s game. That Mike Gundy chatting about it five days before drew the most eyeballs of the week is all you need to know. Please – by all means – keep coming here for our takes but what were we hoping to learn? Even if Calvin Bundage, Israel Antwine, and Devin Harper were going to return from injury on a parade float down Sixth Street, there’s no way Gundy is going to let on an ounce in his weekly press conference.

On the other hand, Mike Gundy with his antics has become must-watch television (and must-listen radio) and the ability to get the Cliff Notes on his comments is a great service. Also, the story of pint-sized Gundy in Lincoln was fantastic.

• Most Viewed of the Week (No. 2): Ten Thoughts on the Tulsa Win

Man, that Tulsa performance was incredibly effective at walking the line between dumbfounding in both a great and terrible way. Chuba took your breath away behind Dickey’s dawgs then Knowles took away your hope in humanity after watching that tarring-and-feathering in the second quarter. We’ll be calling defensive pass interferences the “Golden Hurricane” for the rest of the season after the TU DBs gave up on playing defense on Tylan Wallace. At one point, a guy made a gesture like he lost the ball in the sun – implying the natural next step is to tackle the guy your guarding full-speed.

In summary, Tylan and Trace Ford dominated, the defense arrived in a big way in the second half, and everybody was talking about Texas before the game was over.

• Most Viewed of the Week (No. 3): Big Ben Done for the Year, Mason Rudolph is Taking Over

Outside of being a Tom Brady-clone taking over after he retires in New England, there aren’t a lot of better situations than what Mason Rudolph is walking into in Pittsburgh. Convincing management to let you play over Ben Roethlisberger would have been a tough sell but stepping in after an 0-2 start after a redshirt year is a whole different story.

On top of that, he played promisingly in his debut, completing 12-of-19 for 112 yards and two scores, not too shabby. Imagine what the guy can do when he gets full reps and gameplanning to his strengths. Pittsburgh will be must-watch TV for OSU fans – is the over/under on Mason-to-Washington long touchdowns set at five?

• Most Viewed of the Week (No. 4): Rudolph Takes Over for Big Ben

We covered the ideal nature of the circumstances above – this was the article noting when it happened while the above was the announcement that Big Ben was done for the year.

• Most Viewed of the Week (No. 5): Ten Memorable T. Boone Pickens Quotes

This is the first time I’ve seen an article make the top-five two weeks in a row! If there’s one person who could draw this kind of attention and this many eyeballs, it has to be Mr. Pickens.

One comment that fits into the OSU Football-narrative this week is this: “By golly, we beat Texas. We’re the only team that has beaten Texas four in a row in Austin.” It’s true and it’s worth emphasizing for how unusual it is.

A late congrats to Jalen McCleskey on his game-winning TD catch from Thursday night:

Here’s the moment that Jalen McCleskey and Justin McMillan created a Tulane legend.