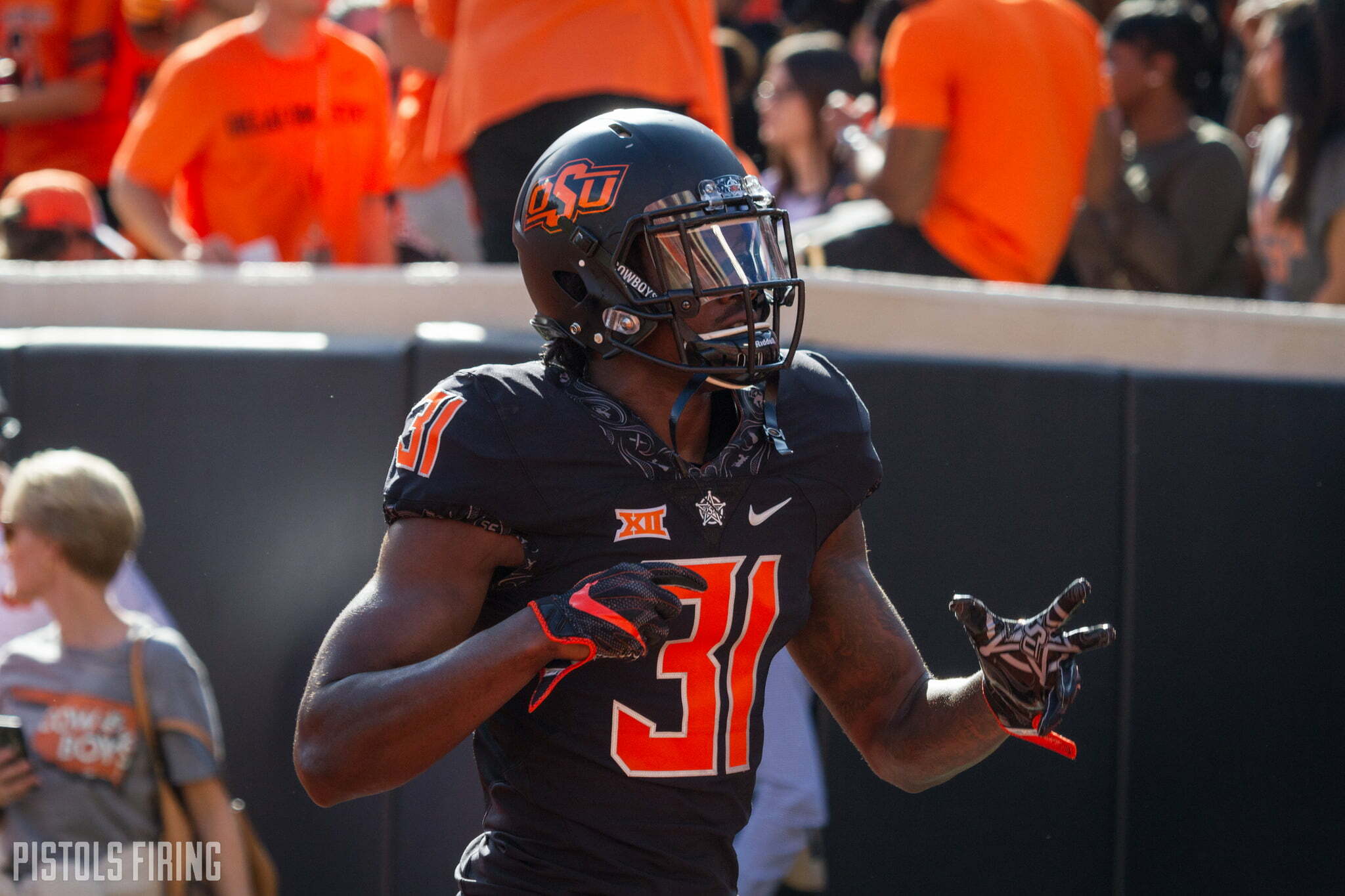 When the Cowboy football Twitter account announced the uniforms, I fainted. I was awoken two hours later by the sound of jets flying over the stadium.

I was surprised by the lack of orange for Bedlam, but I’ve wanted to see this uniform combo for a long time. I’m all for wearing your best uniforms against your biggest rivals. 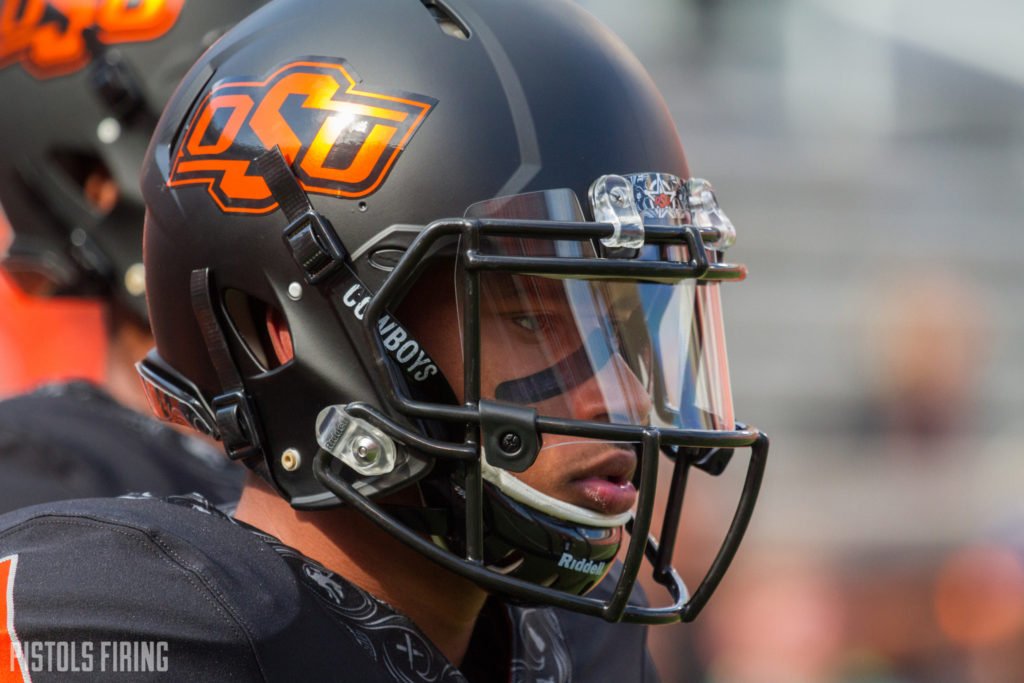 You read that grade right. I had a feeling we would see the brand logo for Bedlam. I imagined how awesome the brand on a black helmet would be. In the words of Michael Scott, “I thought it would either be an A or an A+, but I completely forgot that there’s an A++.”

The matte black with the orange chrome brand is incredibly sharp. The paisley on the back bumper has been on a few of the other helmets, but it elevated this helmet to another level.

It’s perfect. I wouldn’t change a thing about it. It is the best helmet OSU has ever worn. 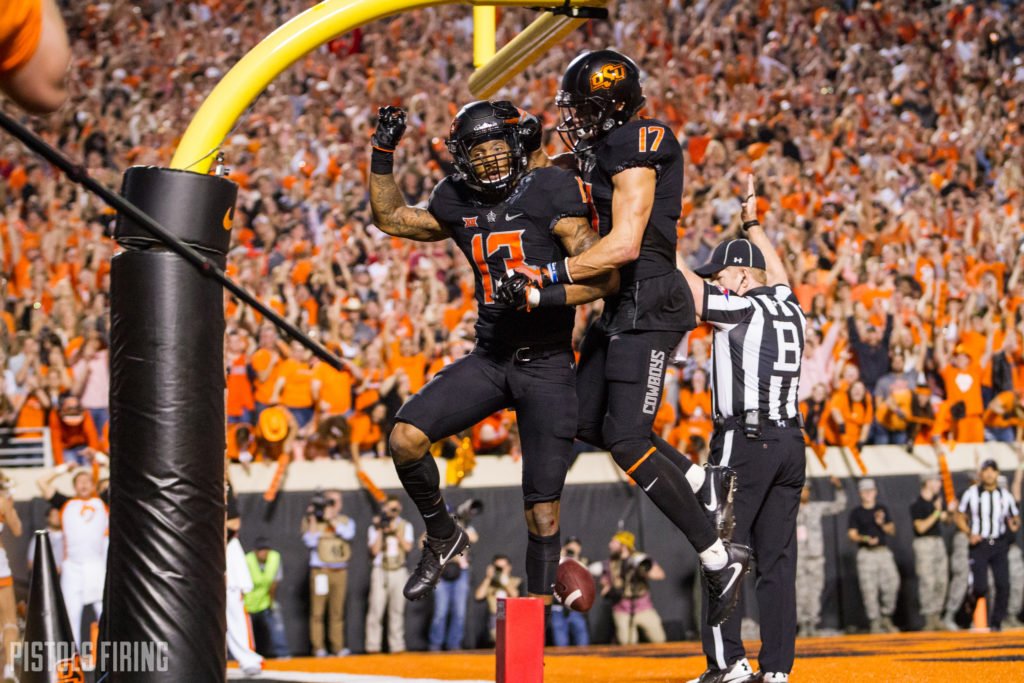 The all black uniform combo is a fan favorite to many since its first appearance against Stanford in the Fiesta Bowl. Since that season, Oklahoma State is now 6-2 when they have worn all black. Their only losses have come to OU on Saturday and in 2013 to a Florida State team that was fresh off of winning a national championship.

We’ve now seen three versions of all black in the modern uniform templates. It comes down to your preference of the Badge, the Barbed Wire, or the Brand. You can vote on your favorite all black combo below.

What’s your favorite All Black combo