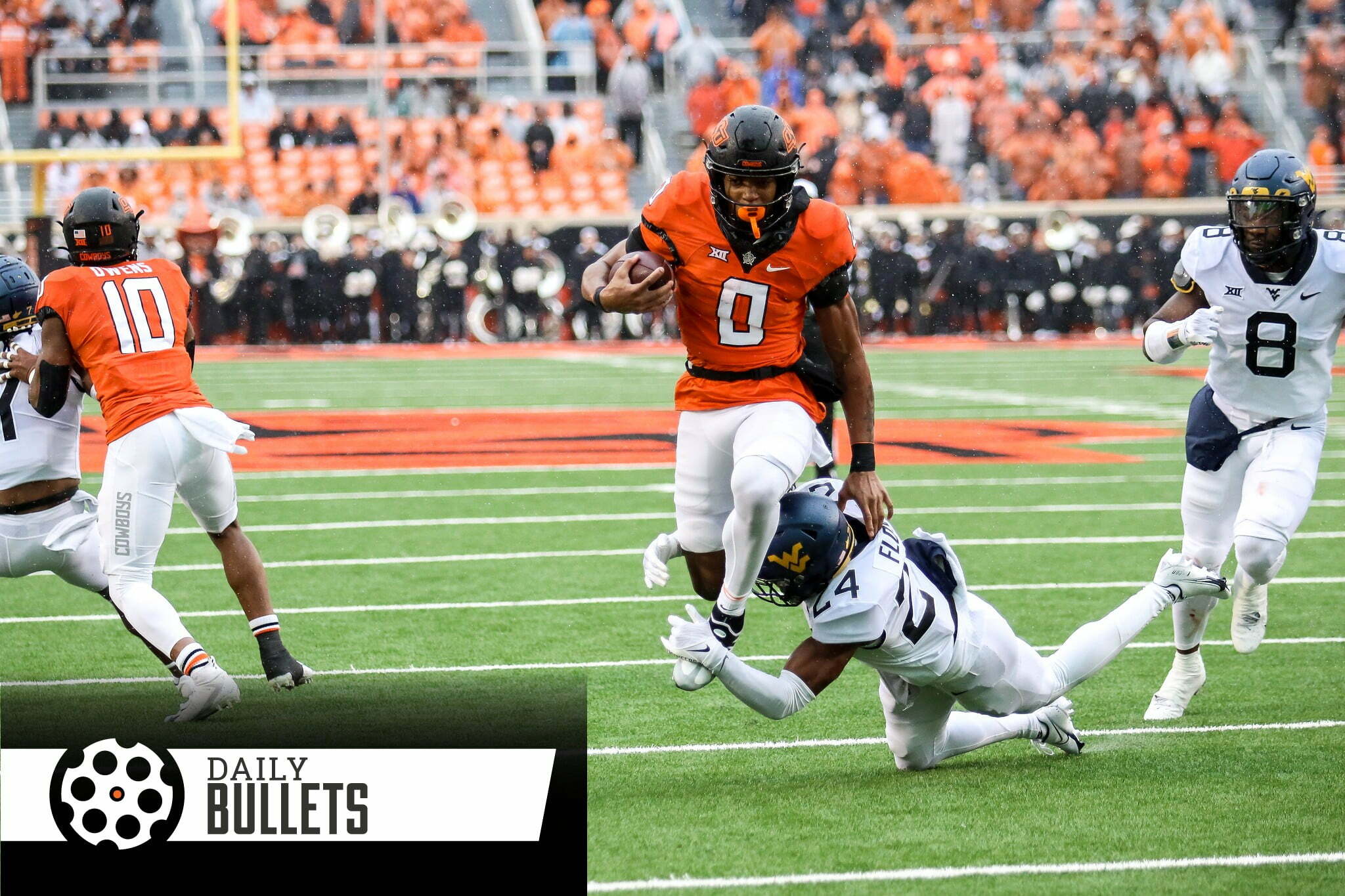 • Braylin Presley is headed to the University of Tulsa – godspeed Cowboy. As this media member pointed out, TU is almost shaping up to be a bit of a farm club for the Pokes.

Folks may hate the portal but the Cowboys sure have their place in it (above some and below others).

• Reports continue to tumble out that an early OU/Texas exit is looming while a new wrinkle emerged yesterday: making FOX and the Big 12 whole by OU and Texas playing games in Big 12 stadiums after they leave. Mike Gundy had said no but others are speculating this could continue Bedlam.

“They would have to play games in the [Big 12] footprint so Fox and ESPN can have value,” an industry source told CBS Sports. “If ESPN and Fox are happy, [the Big 12] would be happy.”

That could potentially lead to the continuation of the Bedlam series between Oklahoma and Oklahoma State that was expected to end when OU joined the SEC in 2025.

When those games would be played or how many would be scheduled is not yet known.

• ESPN projected the Pokes to come out on top in the Guaranteed Rate Bowl:

• Mark your calendars for those three dates in the Cowgirl Softball schedule:

• What OSU happening are you looking forward to more – Big 12 play for Cowboy Basketball or seeing what players Mike Gundy lands in the portal?

• No. 3 Five quarterback options for OSU to consider

• No. 4 Western Michigan running back set to visit OSU

• No. 5 Mike Gundy released a statement on Mike Leach’s passing

What an incredible staff Mike Leach had in Lubbock:

“Deconstruct the cool things you see.

If you’d like to become a better musician and you see an amazing performance, start paying attention to how they do it. How did they promote the event? What happens in the first ten seconds of each song? How frequently are they engaging directly with the audience? Is there a progression of energy throughout the show?

Don’t just taste the recipe, look for the ingredients.”