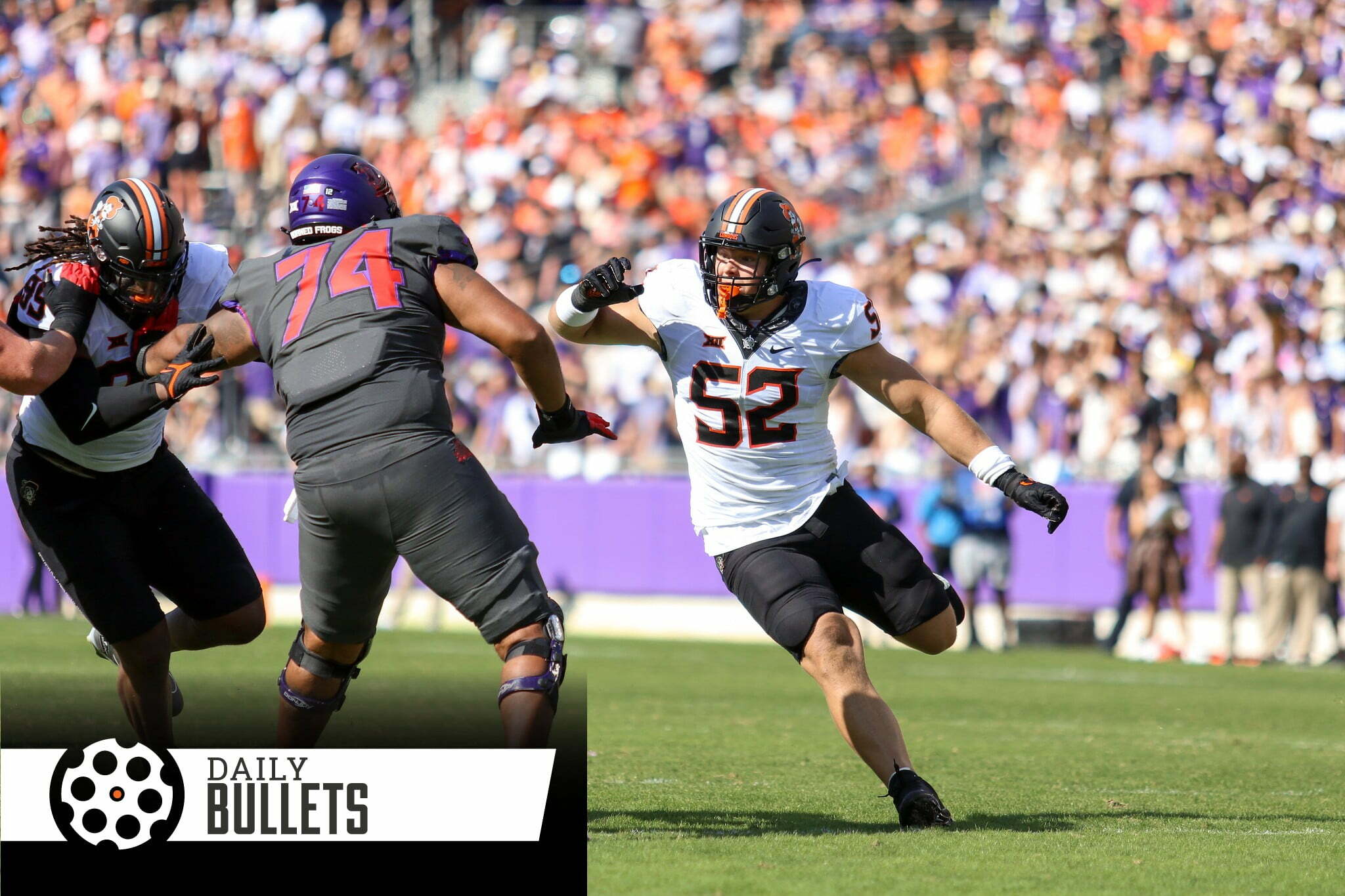 • It was a wild weekend of recruiting for Oklahoma State Football:

It is expected that (Garrett)Rangel will start for OSU and that Gunnar Gundy also will get meaningful snaps. It’s an opportunity game for both guys.

• Is Bryce Thompson finally taking the next step that makes his game more dynamic?

Thompson led Oklahoma State with 19 points Saturday, going 5-for-9 from 3. He is stepping into his 3s more confidently as of late, shooting 14-for-32 (44%) over the past six games. He shot only 16 3s in OSU’s first five games — meaning he is taking, on average, 2.1 more 3s a game across the past six. If the 3 can fall consistently for Thompson, it opens up the mid-range and floater game that he plays so well.

• Lots of dudes coming in for the Pokes: