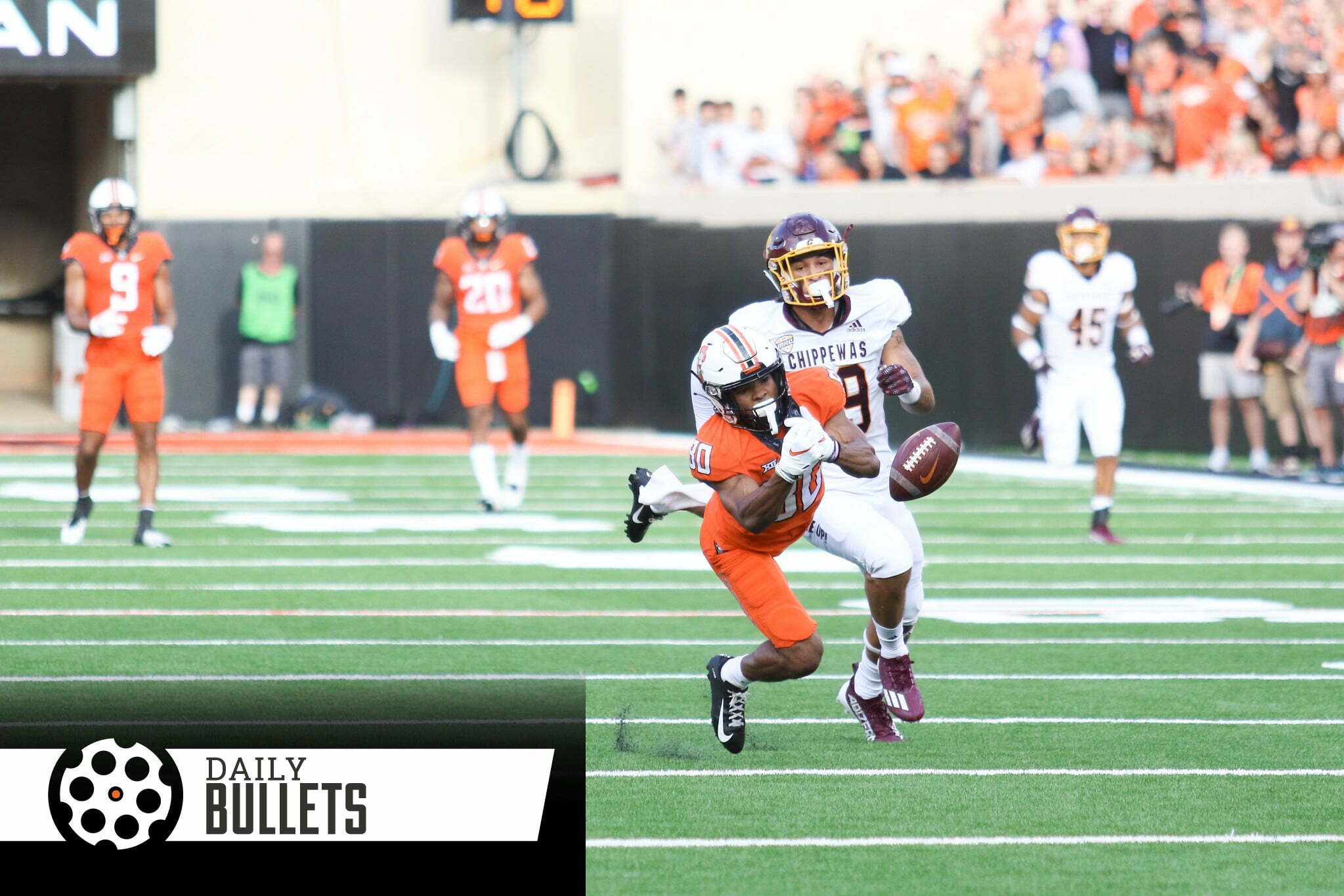 • The proportions of how much we look forward to football and how long it lasts in the calendar year are so out of whack – here’s all you need to know about one of the Cowboys’ six remaining home games:

Sure, Oklahoma State allowed 44 points to Central Michigan last week but the Cowboys had a 51-15 lead at one point in that game. I was expecting a drop-off from the Oklahoma State defense, but I don’t think giving up all of those garbage time points really means a whole lot. In fact, it could be a bit of a wake-up call entering Week 2.

• Was it startling for you to watch linebackers miss tackles last week? This quote nails the promise of the 2022 season compared to 2021:

If the 2021 Cowboys had Malcolm Rodriguez’s imprint, this year’s Pokes belong to (Spencer) Sanders, a quarterback expected to matter most in big games like Saturday night’s.

• This forecast may be stale this morning but this sounds like incredible football weather for tonight:

• Borrowing this from a friend – what would be more surprising tonight: if OSU won by 17 or lost?

• No. 1 Jaylen Warren climbs to RB2 in Pittsburgh

• No. 2 Ten Thoughts on the win over Central Michigan

• No. 3 Three Things Herman Edwards had to say about playing the Pokes

• No. 5 The Pokes debuted a new Goal-Line Formation in Week 1

• Ever had a “red draw” before? Doesn’t sound like my kind of thing
• This sci-fi read was a lot of fun – I’ll read anything Blake Crouch writes
• Seeing the ways to die (to yourself) today (faith-based)