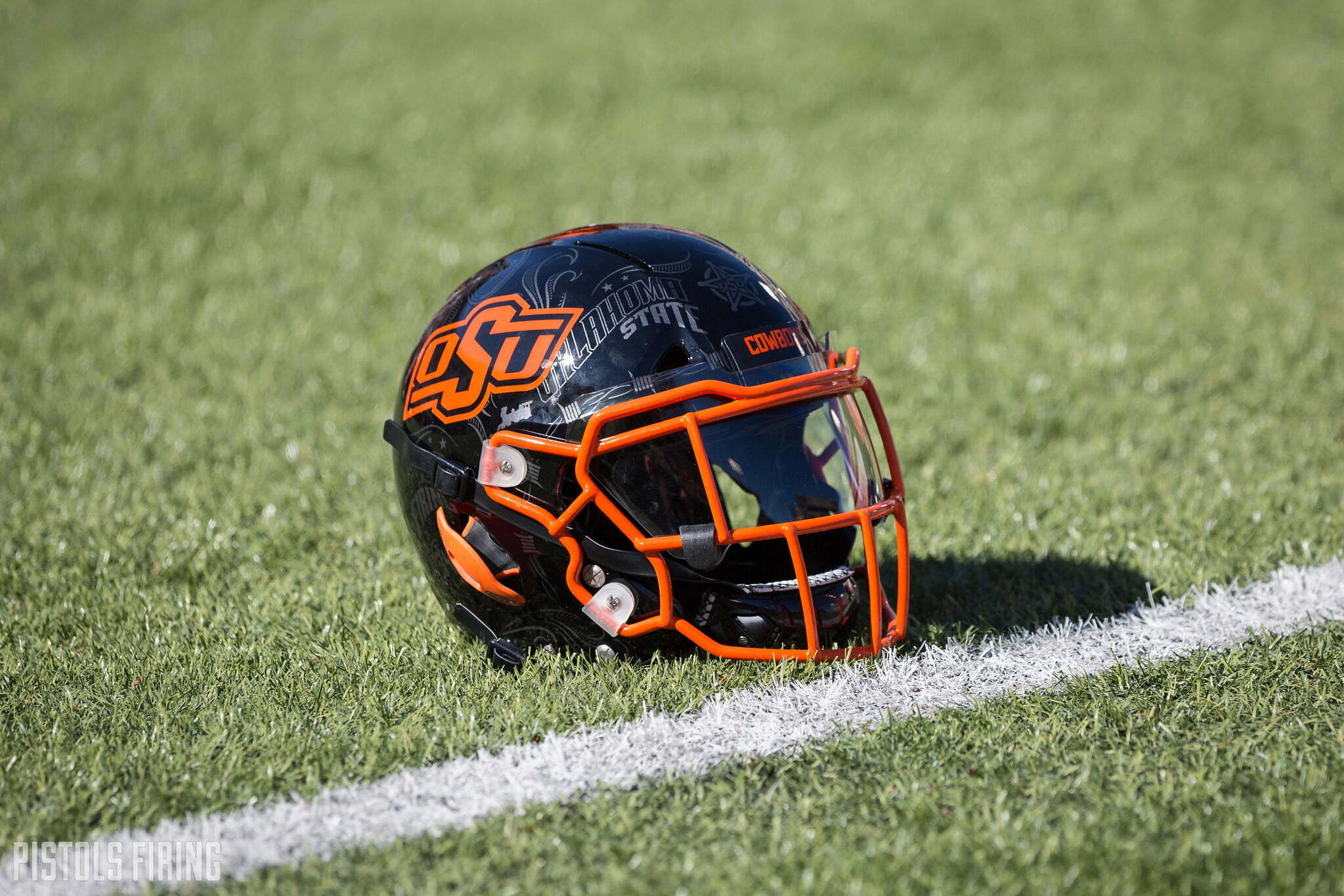 Next up in the 2021 recruiting class film study series, I take a look at the highest rated player in the state of Oklahoma, four-star safety Kendal Daniels. Before we take a look at Daniels, you can find my previous breakdowns in this series below:

The Beggs High School product had a long list of offers which included schools such as Alabama, Clemson, Georgia, LSU, Notre Dame, Oklahoma, Oklahoma State, Oregon, Texas A&M and USC. He narrowed his list down to four schools in May 2020, Clemson, LSU, Oklahoma and Texas A&M, before ultimately committing to A&M last August. Daniels said that A&M and OU were his final two schools, but the decision was pretty much made for him when he got a phone call from OU.

“Ten days ago, OU called and receded the offer. That’s where I was going to go. … I just decided to go to Texas A&M because it was between them two. They said they filled up on commitments.”

Things looked all set for Daniels to be College Station bound, but then Aggie defensive analyst Ismael Aristide, who is family friend and played a major role in Daniels’ recruitment, left his position with A&M to take the job as the outside linebacker’s coach for Miami. This, along with Daniels realizing he would rather be closer to home, led to his decision to ask the Aggies to let him out of his national letter of intent. A&M obliged and less than a week later Daniels signed with Oklahoma State. Daniels also had a brother who attended OSU, so he was familiar with the campus and had formed a great relationship with Cowboy cornerbacks coach Tim Duffie during his recruitment.

At Beggs, Daniels started really gaining some national attention after his sophomore season in which he helped the Demons reach the Oklahoma 2A State Championship game. He followed that up with a junior campaign where he recorded 117 tackles, six interceptions, three forced fumbles and three fumble recoveries from the safety position, and he also scored five touchdowns on offense (though he didn’t start playing receiver until the 10th game of Beggs’ 14-game season). This performance earned him a spot on The Oklahoman’s All-State Team. In addition, Beggs reached the 2A Semifinal game that season.

During his senior year, he tallied 120 tackles, including seven sacks, four interceptions, two forced fumbles and had one fumble recovery. Additionally, he caught 56 passes for 642 yards and 10 touchdowns at wide receiver and again earned himself a spot on the All-State Team.

Outside of football, Daniels was also a stand out on the Demon basketball team, consistently showing off his athleticism on plays like the one below.

He recently helped lead the Demons to the 3A State Championship game where they lost to Crossings Christian School 51-49.

I was able to watch Daniels’ playoff game against Frederick, along with his regular season games against Victory Christian and 3A State Championship Runner-Up Lincoln Christian. Below I’ll breakdown Daniels’ game and take a look at his skillset as he gets set to play safety for the Cowboys.

Beggs played a lot of Cover 1 and Cover 0 in the games I watched, and Daniels was asked to play the free safety role in Cover 1. He showed incredible range when playing the deep zone and displayed great burst and intelligence when breaking on routes. Below you’ll see him make an interception against Frederick.

Daniels doesn’t have any verified testing results, but was clocked at a 4.58 40-yard dash at Beggs, which is pretty impressive for a guy standing 6-4 and almost 200 pounds. Honestly, from what he showed on tape, I think this time is pretty close to accurate, and he will most likely improve his speed when he gets with the staff in Stillwater. Additionally, he showed on several occasions his ability to bait quarterbacks into throws, then with great timing and angles he would close on the football and make a play. Daniels also did well when asked to play the robber position.

In man coverage, he showed great awareness to close down space when in off coverage. An example is shown in the following clip.

Daniels has insane length, and though I didn’t see him in a lot of press coverage situations, he definitely possesses the skillset to excel in that area if asked to do so. He showed solid coverage ability against running backs, tight ends and wide receivers, and he did well to flip his hips and stay with anyone on deep routes.

There is definitely some room for improvement in his technical coverage, but with how smart of a player Daniels seems to be, and his elite level athleticism, I don’t think he will have much trouble improving in this area as a part of Cowboy defensive coordinator Jim Knowles’ scheme.

Daniels length and physicality allow him to really stand out in this area of his game. He’s extremely combative at the catch point and has great hands, as he constantly displayed as a wide receiver for the Demons. If it’s a jump ball, he’s more than likely going to come down with it, as you’ll see in the following video.

He is able to break on routes full speed and possesses the hand-eye coordination to snatch the football out of the air. Although Daniels plays in a lower division of Oklahoma High School football, I think his physicality and ball skills will translate well to the college level.

Because Beggs plays a lot of man coverage, Daniels was often times given the assignment of covering the opponent’s running back. This allowed him to play aggressively toward the line of scrimmage off the snap, which resulted in him being a major factor in the Demons’ run defense. He showed he’s not afraid of contact and was always flying to the ball until the whistle blew.

Daniels was a physically dominant tackler at the high school level and has the size to continue this at Oklahoma State. Although off the field he is soft spoken, he plays with an intensity and passion on the field and it really shows in his tackling ability. You can tell he takes pride in this area of his game, and when asked in an interview what his favorite play to make on the football field was, Daniels said being able to come from one side of the field to the other to make a big tackle. He showed this in the playoffs against Frederick.

In the red zone, Daniels was one of the key run stoppers for the Beggs defense and made several plays like the one shown below.

My only knock in this aspect of his game is that sometimes he will lower his shoulder to make a big hit instead of using proper form, wrapping up and making a tackle. It wasn’t really an issue in high school, as his size and strength allowed him to bring down most ball carriers with this technique, but it could be a problem at the college level.

The Cowboys have a lot of talent returners at safety, as Kanion Williams, Kobly Harvell-Peel, Jason Taylor II, Sean Michael Flanagan, Tanner McCalister, Thomas Harper and Tre Sterling are all still on the Cowboys’ roster, along with the addition of Wake Forest transfer Trey Rucker. However, I think Daniels has the talent to play right away.

He will need to add some strength and maybe a little bit of weight to his frame, which he acknowledged in interviews. However, it might not be too much weight if he’s going to remain at safety, which it seems like is his preference, since he already has good size.

I really enjoyed both watching Daniels film and listening/reading his interviews and think he’s going to do well at Oklahoma State.