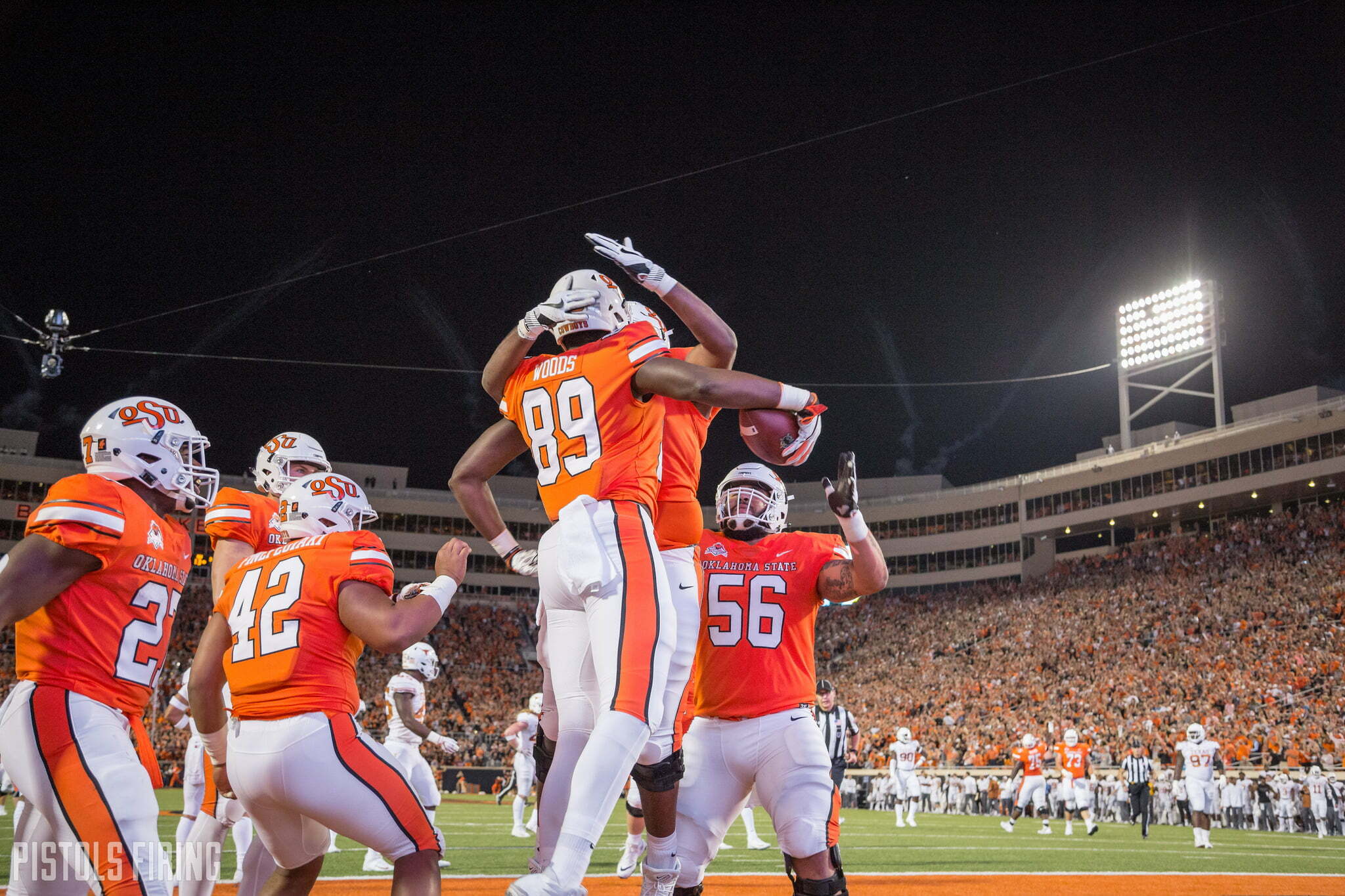 For the final installment of the recruiting reset series, I will take a look at Oklahoma State’s hybrid fullback/tight end position, the Cowboy Back. The Cowboys will lose some experienced veterans at this position, but they return a lot of talent and potential, along with landing a highly touted recruit in the 2019 class. I’ll dive into the Cowboy Back position in more detail below.

The previous recruiting reset series posts can be found here:

As I mentioned above, the Pokes will lose redshirt senior and former walk-on Britton Abbott, as well as senior and junior college transfer Sione Finefeuiaki. Neither player contributed much as a rusher or receiver, but both guys played key roles in the Cowboy offense as blockers.

After seeing a good amount of action in 2016, Abbott received a scholarship from Oklahoma State and became one of the team’s primary contributors at Cowboy Back. The Liberal, Kansas product recorded 5 receptions for 75 yards during his tenure in Stillwater, but as previously mentioned, a lot of his work consisted of opening up holes for Cowboy running backs, as he does in the clip below, springing Justice Hill for a touchdown run.

Finefeuiaki played a similar role to Abbott in the OSU offense. He finished his two-year career in Stillwater with 4 receptions for 30 yards, including this touchdown reception against Missouri State.

Both players’ leadership and toughness will be missed at this position heading into next season.

The key piece returning for 2019 is quarterback turned Cowboy Back Jelani Woods. The 6-7, 251-pounder switched positions during the bowl game practices a season ago. Many, people, including myself, didn’t think he would ever make much of an impact in his new role, but he showed us in 2018 that he has the talent to be a huge contributor at Cowboy Back going forward.

The former three-star recruit displayed his skills as both a blocker and a receiver throughout the year, including on this touchdown reception in the video below.

He still has room to improve, primarily in his blocking technique, but I would really like to see him more involved in the passing game next season as I think he can be a major weapon for the Pokes.

Outside of Woods, the only returning player who saw the field much at the Cowboy Back spot was walk-on, redshirt sophmore Logan Carter. Like Woods, Carter is viewed as more of a Blake Jarwin-type Cowboy Back than an Abbott or Finefeuiaki. He showcased those receiving skills in 2018 with this touchdown reception.

Of the guys who didn’t see much, if any, action this season, Jake Ross could see the field some for the Cowboys in 2019. He was injured a majority of the 2018 season, but he was getting some reps with the offense in Liberty Bowl practices, and has a lot of athleticism for someone listed at 6-6, 240 pounds.

In addition, Baron Odom is another guy with good size, at 6-5, 234 pounds, who could see his role increase next year. He saw very limited action in 2018, but he was also recovering from a knee injury he suffered late in the 2017 season.

The Cowboys currently have one Cowboy Back signee in the 2019 class, four-star Grayson Boomer.

The Oklahoma product didn’t have eye-popping stats as a receiver in his senior season, as his high school team primarily ran the football, but when given the opportunity, he showed that he can be a real threat in the passing game.

Boomer is an adequate route runner with great hands and he knows how to utilize his size. He will already have an athletic advantage matched up against most linebackers and a size advantage when matched up against safeties. In addition, his frame looks to have room to add muscle at the college level, and Rob Glass is the perfect person to assist him with that.

As I mentioned above, he has plenty of experience as a blocker and looks to have the skill to be a solid blocker right away for the Pokes. Boomer is someone I could see making an impact as early as next season for Oklahoma State, and his skill set makes him the perfect fullback/tight end hybrid for Cowboy Back coach Jason McEndoo.