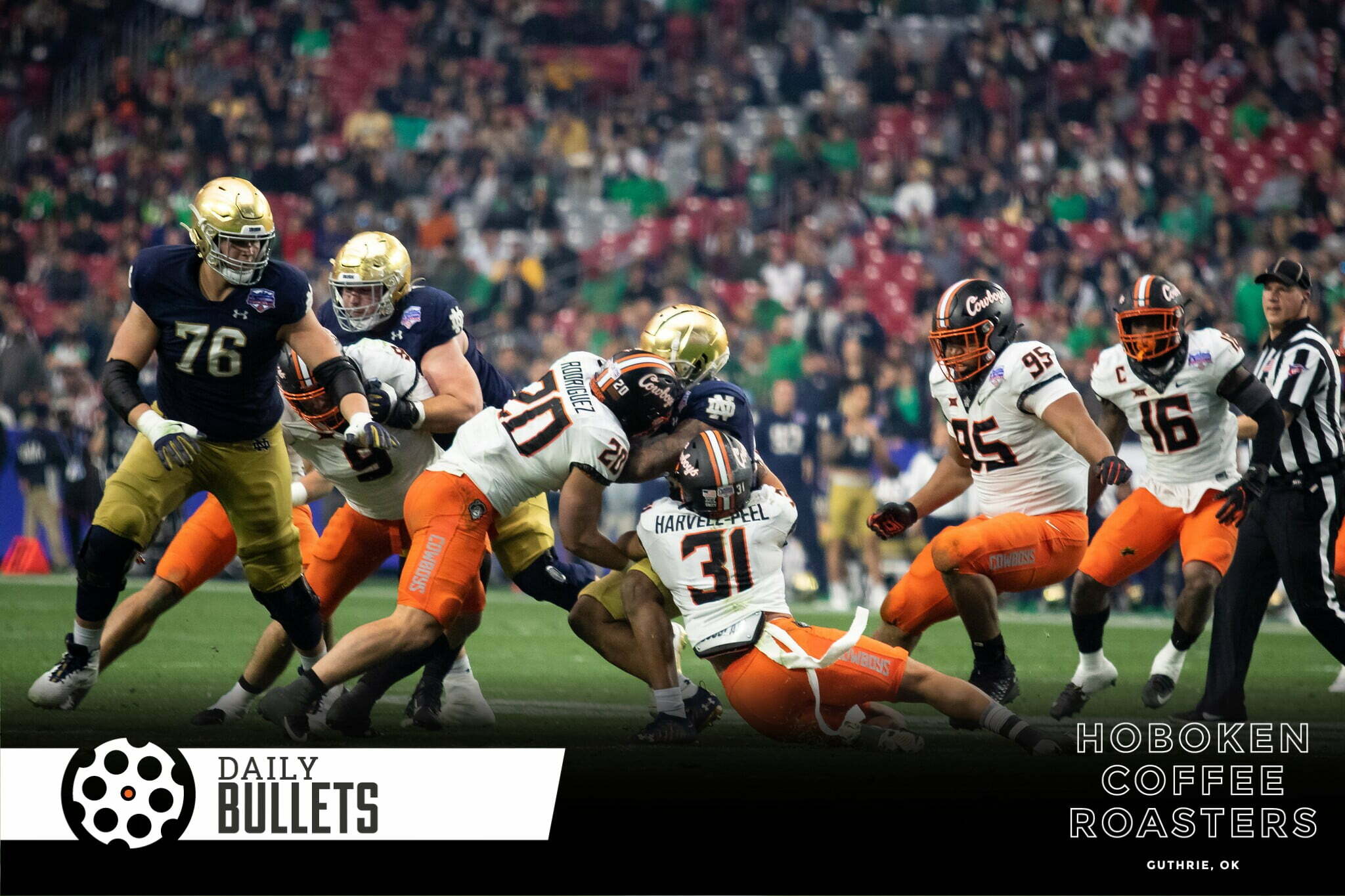 Everything you need to know before today’s 1pm game against Texas – Go Pokes.

• LD Brown declared for the NFL Draft – as did Kolby Harvell-Peel.

Something about KHP hit me, it doesn’t feel like that game-saving hit in the Liberty Bowl against Mizzou was that long ago.

• It sounds like Bryce Williams and Cowboy Basketball are unified on what they want to do with the rest of the season:

“Everybody knows we can’t go to the tournament, so we have these last (17) games to do something about it,” Bryce Williams said ahead of the Kansas game. “We’re all here for a reason, they aren’t stopping us like they did two years ago. We have to show everybody we can still do this even though the NCAA.”

• Looking over the last twenty years of receivers in Cowboy Football – it’s hard to argue Stillwater has produced more at a position. Having said that, a Cowboy great will be inducted into the College Football Hall of Fame and the running backs would like a word.

• What an incredible tree associated with the Hank Iba era (30 former players are returning) how neat that they’re still getting together decades after Coach Iba passed.

What a missed opportunity for the Pokes not to be wearing these unis today.

• This quote from Brennan Presley on betting Notre Dame defenders that he caught a pass was all-time:

“I actually bet three of the people on Notre Dame. I bet 7 (Foskey), I bet 41 (defensive lineman Kurt Hinish) and I bet somebody else,” he informed. “I was like, ‘I know I caught it.’

• Watching the portal activity – both Pokes leaving and offers being reported – you can expect some turnover on the offensive line this year.

(Mac) Hollensteiner is the second FCS offensive line transfer the Cowboys have offered in as many days. OSU extended an offer to Tennessee-Martin’s Michael Shanahan on Thursday.

• After seeing the Big 12 be dominant in the postseason again – what will it take to change the narrative around the league? Just a national championship game appearance?

• No. 1 Ten Thoughts from the Fiesta Bowl win

• No. 2 Current and former players react to the Fiesta Bowl win

• No. 3 Fiesta Bowl predictions and picks

• No. 4 What Mike Gundy had to say after the Fiesta Bowl win