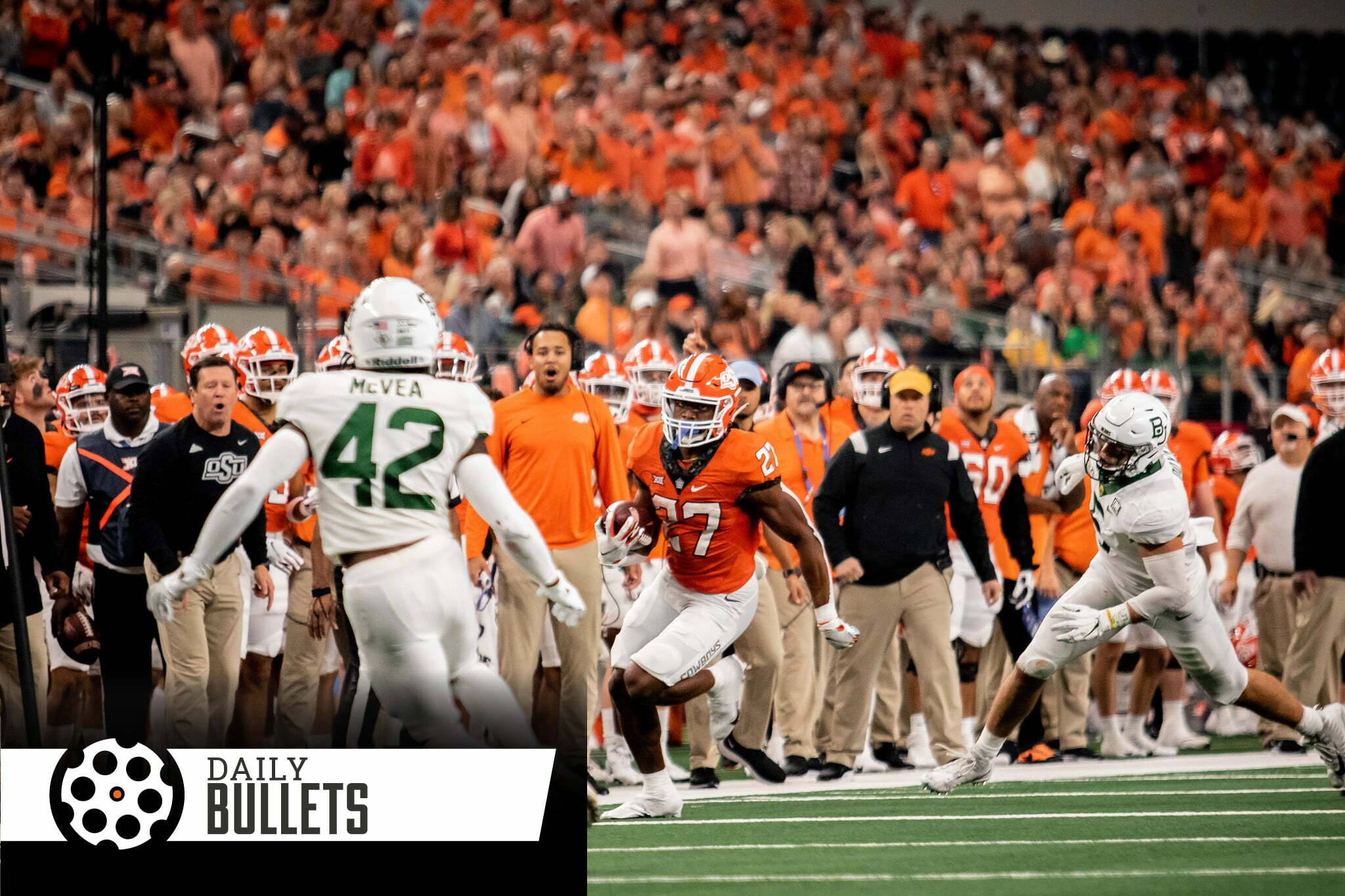 • Seth did a terrific job talking about the AJ Ferrari situation… It’s hard to quantify his value to the program but he sort of felt like the Baker Mayfield of OSU Wrestling.

Seems like there are one of two scenarios in play: Either the defense is 10 percent worse without Jim Knowles and the linebackers/defensive backs and the offense is worse off without its leading rusher and receiver
or…
you see incremental improvement from the other half of the defensive two-deep that returns and Spencer Sanders makes a leap, causing all boats to rise on offense.

• Realignment ideas like this are super intriguing – Sure there are flaws (why would tv networks give more money to schools just because they’re in a league together, natural to pay more for less deadweight than more) but love how it keeps the regionality and puts OSU around so many Texas schools. Seems like a place where OSU could still win ten games regularly too.

Fun to think about all of the new schools to pay attention to given that it impacts OSU’s season. The writer proposes an eight-game league schedule in the regular season then a final four with division winners over Thanksgiving weekend and a championship the first weekend in December

• This is why you’re not seeing former athletic directors hired as commissioners anymore – guys who know how to position brands and negotiate, like Brett Yormark, have a leg up:

“From my perspective, again, Bob [Bowlsby] has positioned the brand in a great way, but I think there’s opportunities, as I learn a little bit more about the brand and our fan base, to become a little bit more national, to position our brand a little younger, hipper, cooler, how do we connect a youth culture, diversify some of the things we’re doing,” said Yormark. “And I think we have a great opportunity to do that.

• If you were curious why Rob Glass is making a million each year, here’s his boss talking about the value he creates:

“Rob Glass could very well be the single most important part of Oklahoma State football, and that’s including the head coach,” (Mike) Gundy said.

• Mike Gundy talking about a song by the Carpenters got him referenced on a college football podcast and his interview was viewed more than all other Big 12 coaches – is he dumb or “dumb like a fox”?

• No. 1 AJ Ferrari no longer a part of OSU Wrestling

• No. 3 New Turf Coming Along Well at Boone Pickens

• No. 4 Basketball Newcomers and Measurements Announced

• No. 5 Daily Bullets from Last Saturday

• Like this idea to “praise specifically, criticize generally”
• Great article on envy and its impact (faith-based)