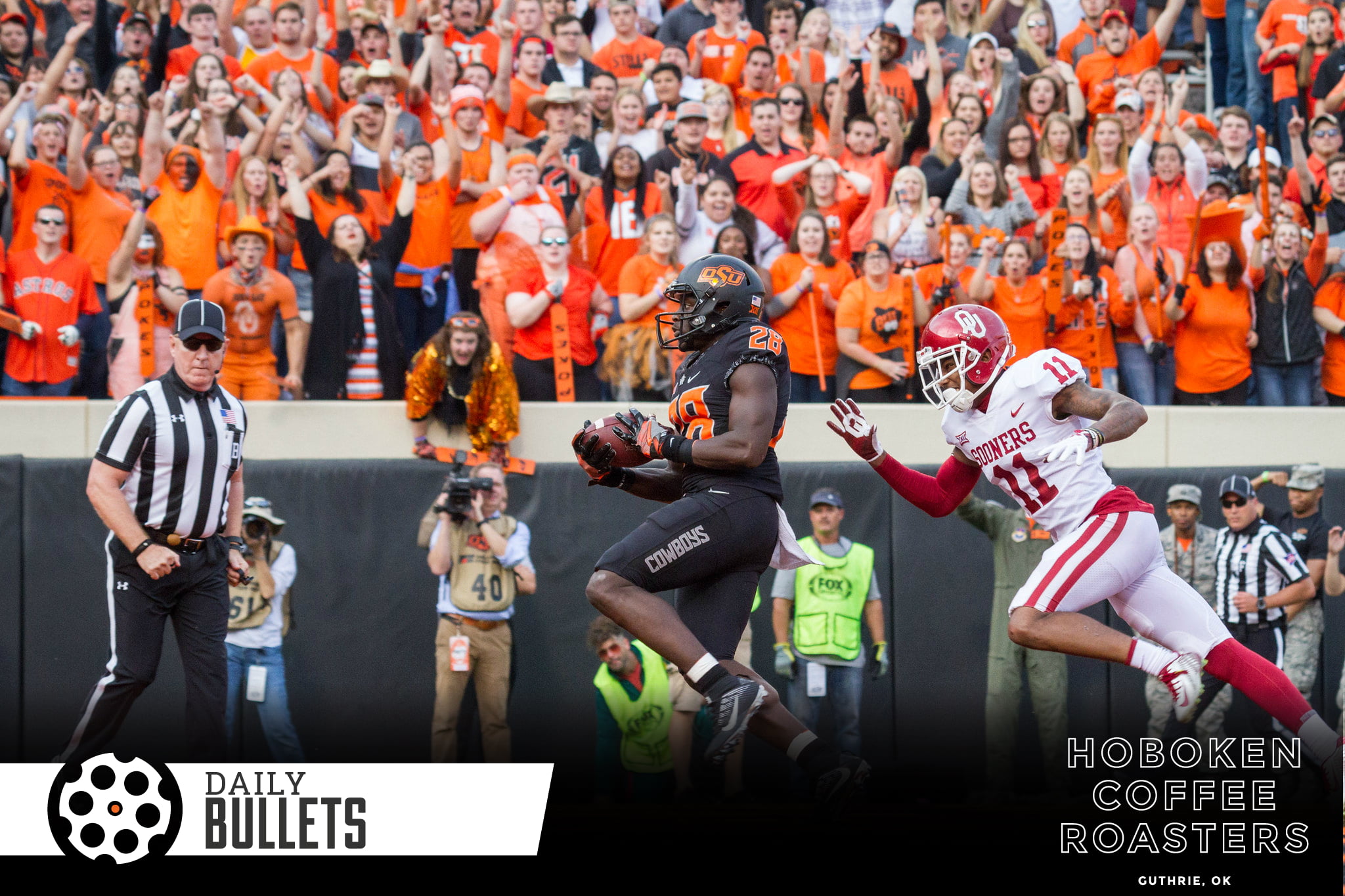 If you’re planning on hitting up today’s regular-season finale, it’s been moved to a 2 p.m. first pitch.

• Most Viewed of the Week (No. 1): Unbreakable OSU Football Records

While anything Barry did is just unreal (237.5 yards/game on 7.64 yards/carry in ’88!), something that stuck out to me was how amazing and rare (in the scheme of OSU history) certain accomplishments were but they seemed so normal.

For instance, James Washington’s 40 touchdowns were seventh in OSU history and Mason Rudolph’s 13k+ yards were tops by nearly 4,500 yards. These two things – Washington for the score and Rudolph for chunks of yards – felt as natural as breathing when watching those teams.

As much as it seems like OSU hardly ever lands four-stars, it feels so common for them to land a four-star QB (and receiver), doesn’t it?

Something I like about Shane Illingworth is that he’s a different type of player than the folks in front of him – following dual-threats like Spencer Sanders and Brendan Costello will be a beefy statue with a cannon arm. Maybe it’s diversification.

Or maybe it’s a coordinator bringing in his guy.

• Most Viewed of the Week (No. 3): Trace Ford Went Yard for a Trip to the Title Game

What a fun moment. Watching Ford turn and point at the crowd, the revelry in the moment was a blast.

It’s completely fitting that Gundy went after a prolific multi-sport athlete. Some might say it’s less valuable to have your last semester in high school (especially you could be in Glass’ weigh program) but I’m with Gundy on this one – college can wait.

• Most Viewed of the Week (No. 4): Daily Bullets from Monday

I’m flattered folks – thanks for bringing the Bullets into the top five, slow week in news or not. The piece on Chad and Jared Weiberg’s mom was spectacular Mother’s Day reading. How some humans respond to adversity always amazes me – especially how this mom had the fortitude to value her other sons and not just grieve after losing one.

I loved two things that Cox pointed out here – the running back renaissance and his biggest concern for the 2019 season. Justice Hill brought OSU from the dark ages post-Joe Wickline, my goodness was his burst and evasiveness a sight for sore eyes.

And just as true was a major reason for OSU’s inconsistent play last season – a lack of leadership. Not to place too much blame here – it’s not all on one guy, especially when the coach has noted it was his fault – but being able to rally a team to victory is a quarterback quality not necessarily present last year.

• Solid NYT piece where folks give their best life advice