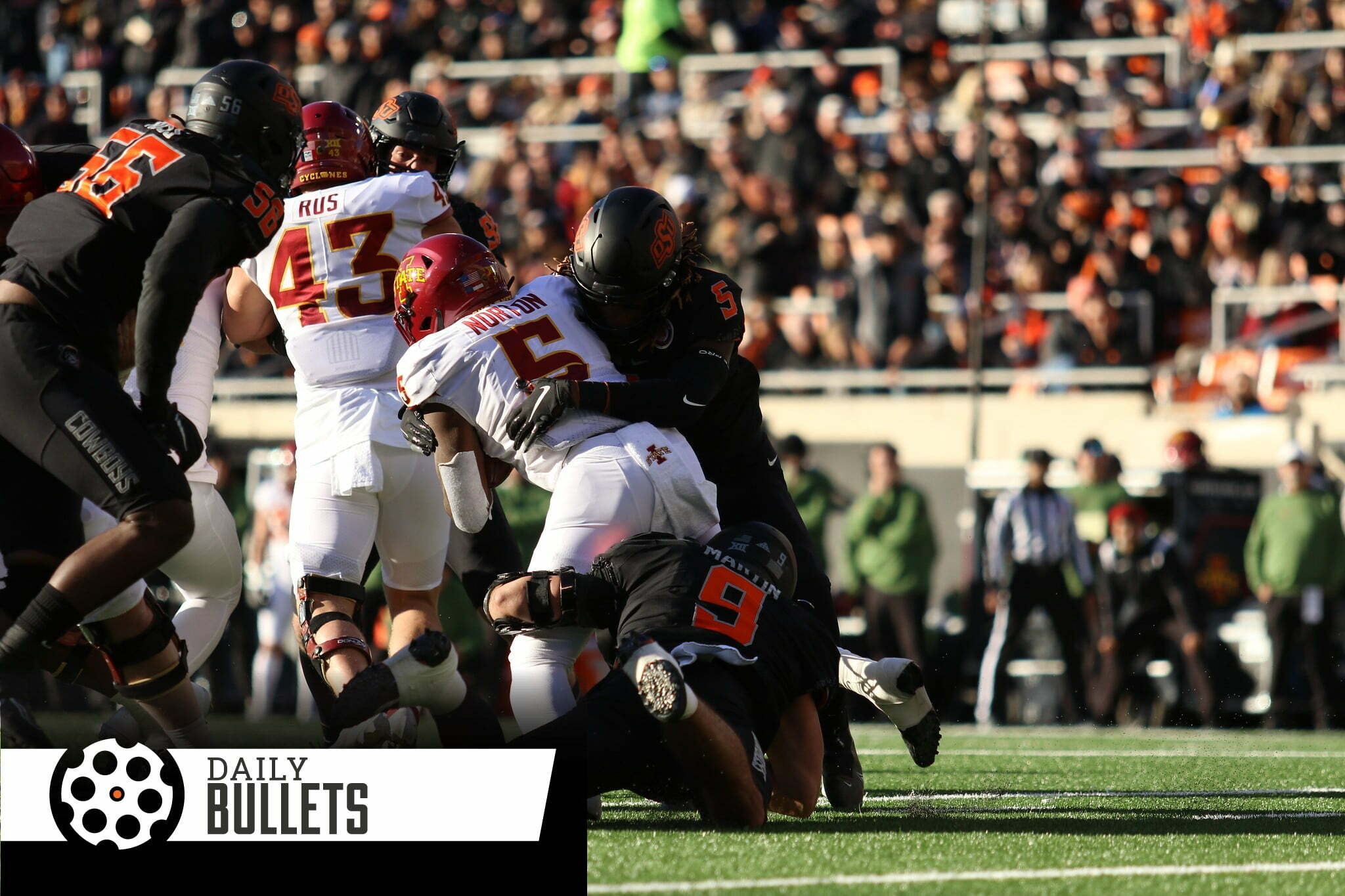 • ICYMI – kick time and TV details on Bedlam were released, Spencer Sanders is ‘definitely’ playing in Bedlam, and why Mike Gundy waited to play Spencer Sanders

• Ten Thoughts from the Iowa State win were terrific – loved the points on Gunnar Gundy, specifically comparing his start to Garett Rangel’s. Perspective was to be had when you look at Iowa State’s season (thought number nine)

• This was such an incredible/improbable hail mary to end a game – for a Cowboy tie-in, Mike Yurcich started his playing career at Mount Union: