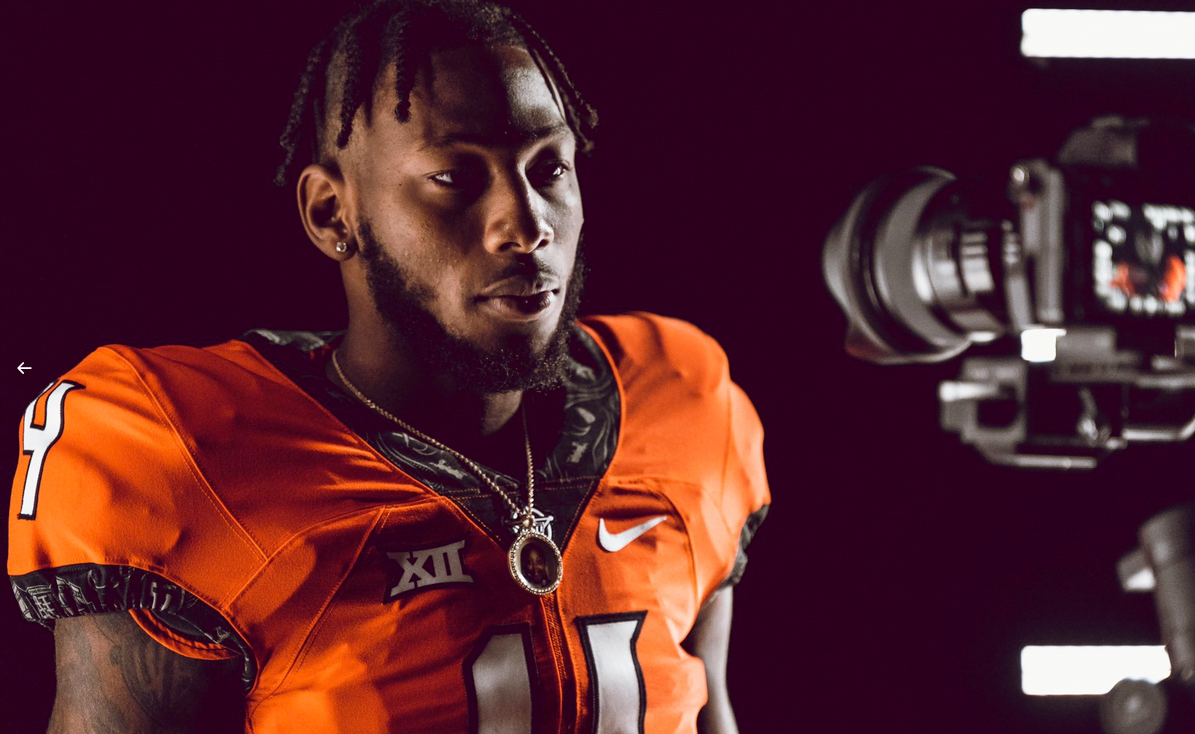 For the final installment of the 2020 recruiting class film study series, I take a look at Washington State transfer wide receiver Davontavean (Tay) Martin. Before we take a look at the in-state running back, you can find my previous breakdowns in this series below:

On Friday, Martin took to Twitter to let the OSU fanbase know he is eligible to play immediately.

This is good news for the Cowboys as LSU transfer Dee Anderson has apparently missed a few practices this offseason. Although the Pokes have a guy like Braydon Johnson to line up opposite Tylan Wallace at the “X” receiver spot, having a big framed wideout to fill a Marcell Ateman-type role for the offense in Martin is a huge boost.

The former Cougar recorded 143 receptions for 1,615 yards and 18 touchdowns during his three seasons in Pullman. Martin was a consistent starter the past two years for WSU and he was tied for first on the team in receiving TDs with 8 and was second in yards with 685 a year ago. He made the decision to transfer after the Pac-12 decided to postpone their football season and I think he will make a big impact on the OSU offense.

Now, let’s get to the breakdown.

Martin played the “X” receiver position in Mike Leach’s Washington State offensive scheme. As you’ll see from the clips in this post, he’s always lined up to the left side of the formation, and he’s normally the outside receiver on this side. In the Cougar offense, the X receiver is normally an athletic receiver with good size who can create mismatches being guarded by smaller defensive back and someone who is a capable deep threat. Additionally, the X needs to be able to a reliable option in the short to intermediate passing game. Someone that can be a go-to guy when the offense needs a play to move the chains. Martin was just that during his tenure at Washington State, as you’ll see him pick up the first down in the video below.

His route tree consisted of crossing routes, slants, fades, curls, posts, and other typical routes seen in an Air Raid-type scheme. In the short/intermediate passing game, he’s a quality route-runner. Martin has good footwork for a guy his size and uses it to force defensive backs to incorrectly shift their leverage as he moves smoothly by them. You’ll see him with the nice break on the slant below to create separation.

Martin isn’t afraid to get physical either. He uses his body well to seal off defensive backs and get the positioning he wants. His long strides help him to generate vertical push when going deep and even though he doesn’t have blazing speed, he’s still a guy who can stretch the field. Martin also seemed to be a primary target when the play was breaking down, he did a great job finding open space and working back to the QB. An example of this is shown in the next clip.

I did notice he has a tendency to round some routes off and he runs a little high at times, but overall I think he is an above-average route-runner and can handle the X receiver role opposite Tylan Wallace.

In the Cougar offense, Martin was the single receiver to the left side of the field a majority of the time, and this brought along a lot of press coverage.  Watching his film, I noticed he does a nice all-around job on his release of manipulating space, timing and footwork to create the angle he wants to take on his route.

His handwork to get by DBs is good, not great, and was a little inconsistent. However, he’s a very strong 186 pounds and, like I mentioned above, is not afraid of a little physicality.

In the three games I watched, Martin was targeted a total of 24 times. Out of those 24 targets, I counted two drops and on one of those there was decent coverage from the defensive back. All of that to say, Martin showed to have reliable hands in the film I watched. He can catch the ball away from his body even on quick-breaking routes like slants. On multiple occasions, I saw him pluck the ball out of congested spaces and he showed the ability to attack the football ahead of defenders when he knows contact is unavoidable.

Martin has a fairly wide catch radius and uses this to go up and high point the football on fade routes, making him an attractive red zone target.

As I noted above, Martin doesn’t have elite speed but he will fight through contact and can break the first tackle and pick up extra yardage. He also has decent lateral agility for someone standing 6-3 and has some ability to make a guy miss in the open field. Additionally, Martin has adequate field vision for a wide receiver and is able to find good pursuit angles on the sideline.

I’ve said it twice above and I’ll say it again, Martin does not shy away from contact, as you’ll see from the block below.

He does well moving his feet and has the hand grip strength to lock onto a DB and force them out of the play. Martin even showed the ability to step down and seal on a linebacker or safety if the play called for it.

He doesn’t lack effort in this aspect of the game, but I would like to see more consistency  in connecting on moving targets.

I think we see Martin make a big impact on the OSU offense this year. With Anderson missing practice, Martin may be able to move past him on the depth chart and share reps with Johnson at the X spot.